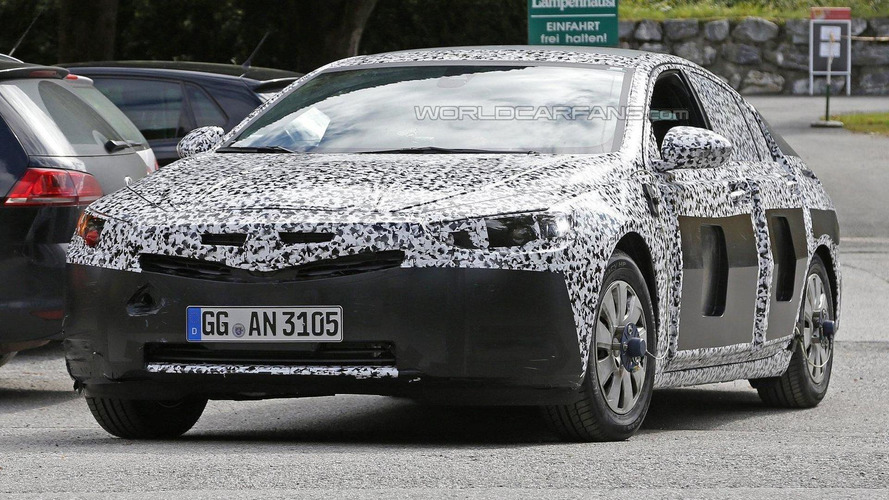 Designed to be one of the most stylish models in its segment, the redesigned Insignia follows in the footsteps of the Monza concept and features four-door coupe inspired styling.  The camouflage hides a lot of details but we can see a wide grille that is flanked by slender headlights.  Moving further back, there's a rakish windscreen and an dynamic roofline that slopes down to meet the car's stylish rear end.

Technical details remain elusive but the car is expect to be about ten centimeters longer than its predecessor.  The model is also rumored to weigh up to 200 kg (441 lbs) less than the outgoing model.

Opel hasn't had much to say about the Insignia lately but rumors suggest it could debut at the 2017 Frankfurt Motor Show.