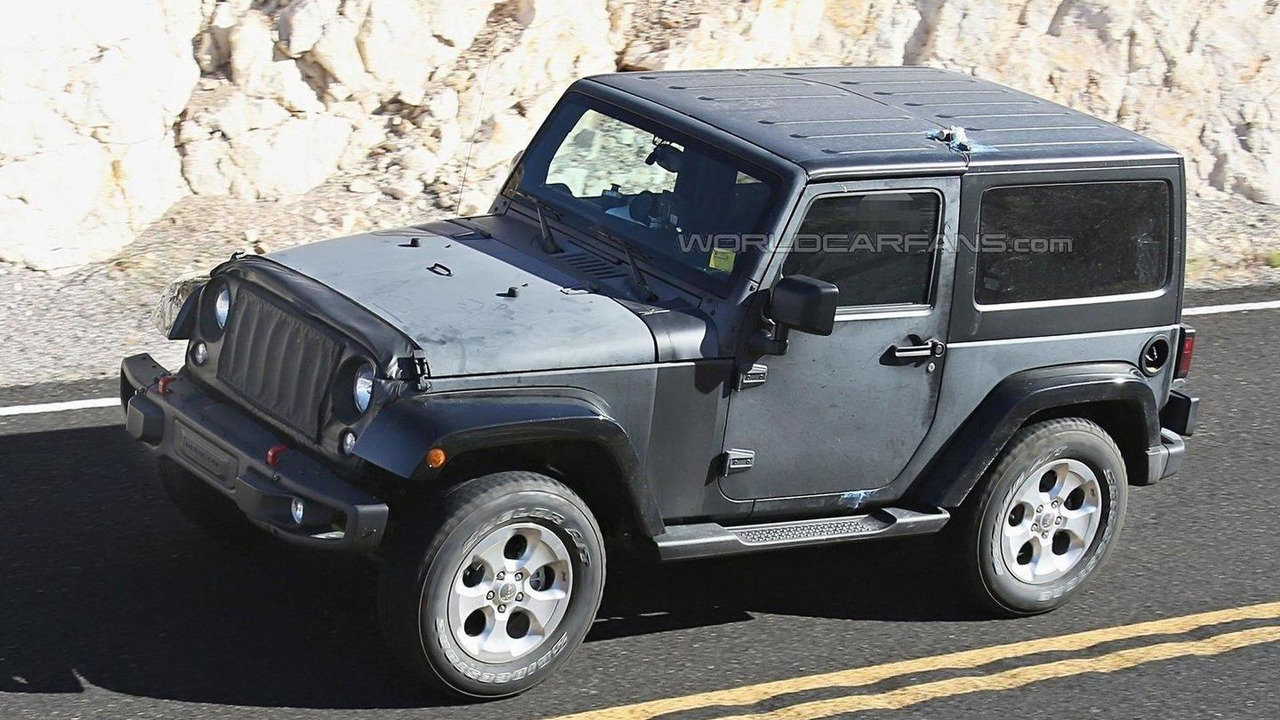 A mule for the highly-anticipated 2017 / 2018 Jeep Wrangler has been spied for the first time.

A mule for the highly-anticipated 2017 / 2018 Jeep Wrangler has been spied for the first time.

Caught undergoing testing in the southwestern United States, the mule looks virtually identical to the current model but a closer inspection reveals the prototype is a couple of inches longer as there's an extended cowl as well as longer front fenders.  This suggests the production model will have an extended wheelbase which should create a more accommodating cabin with additional rear seat legroom.

Additional changes are hard to spot but our spy shooter believes the prototype's rough paint job could be hiding some aluminum body panels.

There have been countless rumors about the next-generation Wrangler but Fiat Chrysler Automobiles CEO Sergio Marchionne has already confirmed a "large portion of that vehicle that will be aluminum" but "it will not be all aluminum."  The Wrangler is also slated to retain its body-on-frame construction and solid rear axles.