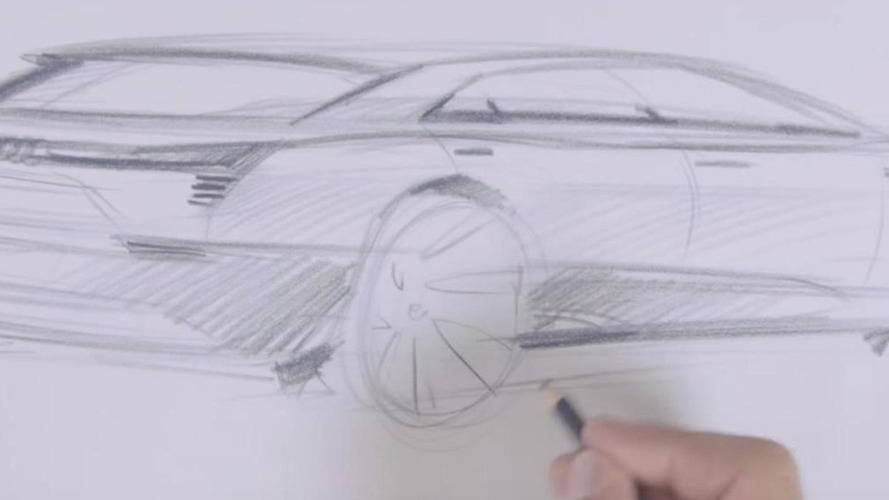 Audi has released a short teaser clip for the e-tron quattro concept debuting next week at Frankfurt Motor Show.

Audi has released a short teaser clip for the e-tron quattro concept debuting next week at Frankfurt Motor Show.

Featuring an aerodynamic body with a drag coefficient of just 0.25, the concept is an all-electric crossover riding on the second-gen MLB platform. It's bigger than the Q5 but smaller than the Q7 and from what we have seen in teasers so far it will feature a relatively low roofline and plastic body cladding while up front there will be a prominent grille flanked by futuristic headlights equipped with brand new matrix laser OLED tech.

The sporty rear end will host sharp taillights mounted up high and there will also be a roof-mounted spoiler, as well as a beefy diffuser mounted within the rear bumper which obviously won't host any exhaust tips since the concept has a pure electric powertrain.

Speaking of which, it has three electric motors (one front + two rear) which work with a large battery pack mounted between the axles. The "spacious interior" can host four people and has been equipped with numerous OLED screens providing a touch-operated interface that has replaced just about all physical buttons.

The concept won't be just for show as it will morph into a production model labeled Q6 due to hit the market in 2018. The road-going vehicle will have a maximum electric range of more than 500 km (310 miles) thanks to a new generation of batteries co-developed with Samsung SDI and LG Chem.

We will see the Audi e-tron quattro next week at the Frankfurt Motor Show (IAA) in Germany.