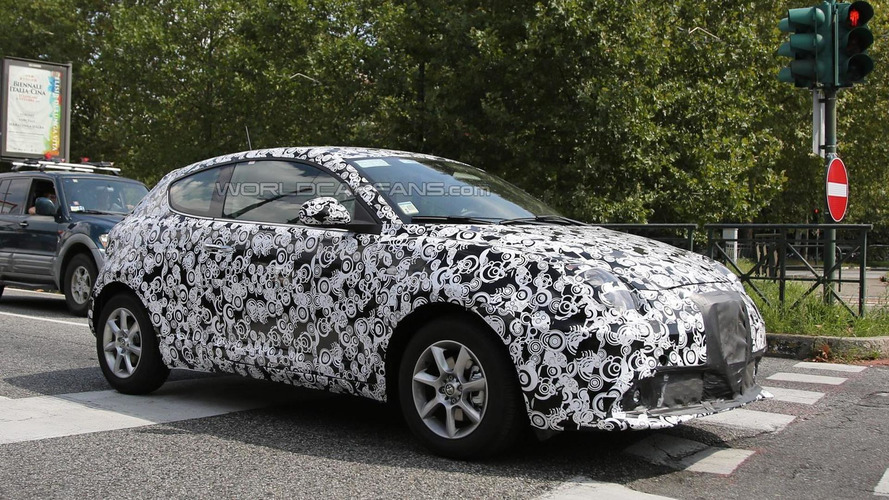 A fully camouflaged prototype of the 2016 Alfa Romeo MiTo has been caught on camera testing in Italy.

A fully camouflaged prototype of the 2016 Alfa Romeo MiTo has been caught on camera testing in Italy.

Fiat Chrysler Automobiles (FCA) is injecting a lot of money in the new Alfa Romeo Giulia, so most likely they don't have enough funds to invest in a new MiTo which is why these spy shots show another facelift rather than an all-new generation. It was spotted in Italy hiding a new front fascia with a reworked grille that appears to be wider than before. Some other cosmetic tweaks are likely in the works as well, but are not visible on this prototype which wears a full body camo.

Photos of the interior cabin are not available at this point, but it's safe to say the facelifted MiTo will receive the latest generation Uconnect infotainment system along with some updates to trim and upholsteries.

A report which emerged back in June stated the higher specification MiTo Quadrifoglio Verde (QV) will be renamed MiTo Veloce as Alfa Romeo wants to use Quadrifoglio only for true performance models, with the first being the Giulia Quadrifoglio set to compete with the BMW M3.