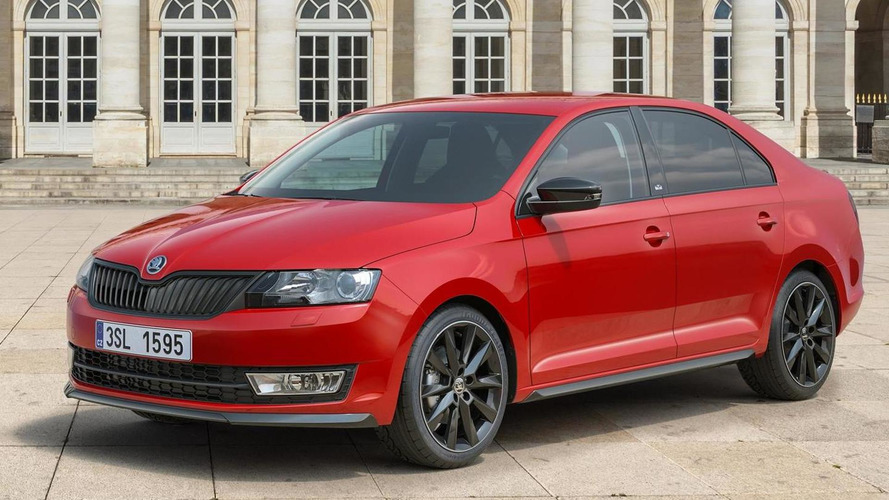 Czech marque Skoda has applied the Monte Carlo treatment on the Rapid and they will show it later this month in Frankfurt.

Czech marque Skoda has applied the Monte Carlo treatment on the Rapid and they will show it later this month in Frankfurt.

The Rapid Spaceback gained a sportier-looking Monte Carlo edition more than a year ago, but it's only now the regular Rapid is receiving the styling package, thus making it the sixth model in Skoda's lineup to offer an MC version. Don't hold your breath for performance upgrades as the package only adds a black look for the radiator grill frame, front and rear bumpers, mirrors, door sills and for the faux rear diffuser. It also comes with new black 16- and 17-inch rims, tinted windows and taillights along with a Monte Carlo badge placed on the B pillars.

Additional equipment provided as standard includes xenon headlights, tinted fog lights, electrically adjustable and heated mirrors along with some interior cabin upgrades like a sportier three-spoke steering wheel wrapped in leather just like the handbrake and gear lever while the sports seats are exclusive to this model.

The Rapid Monte Carlo will be showcased later this month at IAA in Frankfurt together with the new slightly rugged Rapid Spaceback ScoutLine.