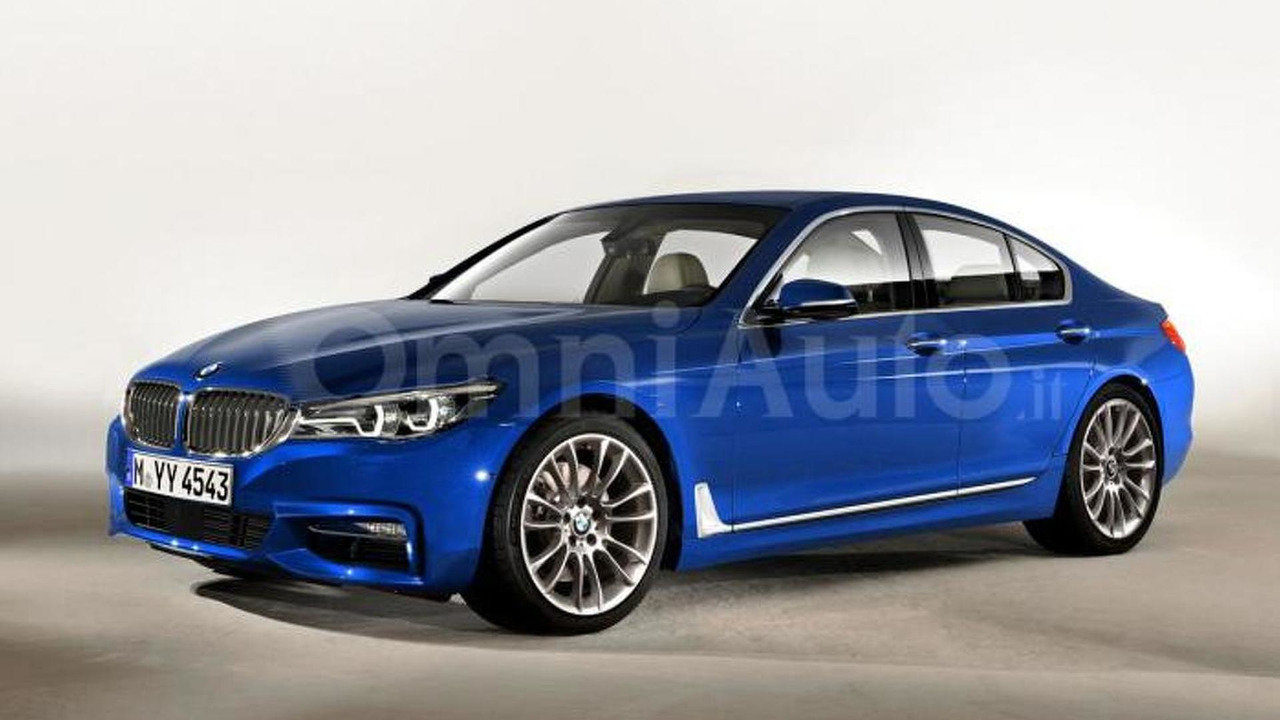 The good folks over at OmniAuto.it have digitally envisaged BMW's next generation 5-Series codenamed G30.

The good folks over at OmniAuto.it have digitally envisaged BMW's next generation 5-Series codenamed G30.

Like it or not, the new 5-Series will adopt an evolutionary design with only some subtle design tweaks just like its bigger brother did, so we won't be too surprised if it will end up looking like this speculative render which basically shows a downsized 7. The mid-size model will likely grow in size a little bit to provide a more accommodating interior cabin and a larger trunk, but this doesn't mean it will be heavier. On the contrary, switching to the 7's CLAR platform will enable an estimated weight loss of up to 100 kg (220 lbs).

Full LED headlights and taillights are on the menu and in a recent batch of spy shots we spotted a plug-in hybrid derivative which is expected to have a lot in common in terms of powertrain with the current China-only 530Le, but most likely the hardware setup will be given a thorough revision to be worthy for a next-gen model.

On the other side of the spectrum, the range-topping M5 will obviously return with an upgraded twin-turbo V8 4.4-liter sending power to the rear wheels, but an optional all-wheel drive system is on the agenda as well.

As for the interior cabin, some of the parts will be adapted from the 7-Series as spy images have shown a digital instrument cluster, bigger iDrive controller and other bits and pieces sourced from the flagship Bavarian model.

Scheduled to go on sale probably early 2017, the new 5-Series will also be built in Austria at Magna Steyr's factory in Graz as BMW has decided to partially outsource production (50,000 to 70,000 units annually).

Gallery: What if the 2017 BMW 5-Series will look like this render ?