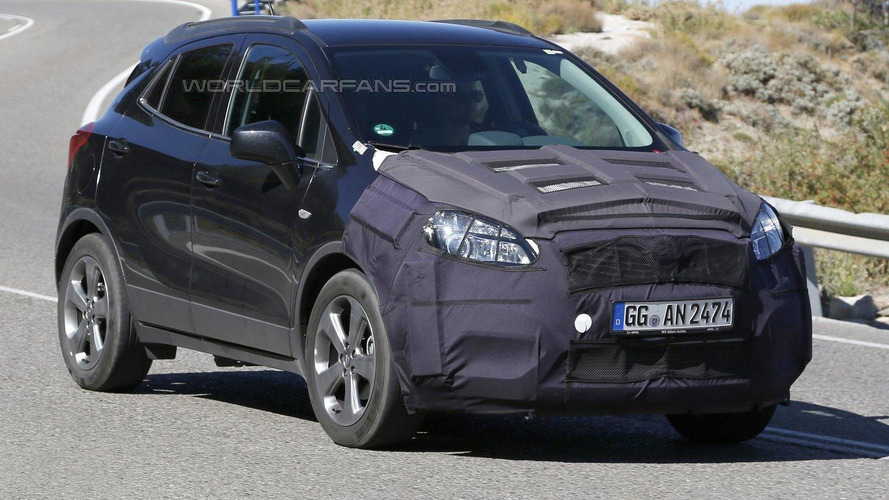 The facelifted Opel Mokka has been spied undergoing testing in Europe.

The facelifted Opel Mokka has been spied undergoing testing in Europe.

Looking instantly recognizable, the facelifted crossover features a new front fascia with a revised grille that appears to echo the one of the redesigned Astra.  There doesn't appear to be any other changes but previous reports have suggested the production model could have a new rear bumper and restyled taillights.

The cabin is also slated to receive a minor refreshing thanks to a new dashboard, an upgraded infotainment system and revised upholstery.

Engine options are largely expected to carryover but the model could be offered with a new three-cylinder engine - presumably a turbocharged 1.0-liter petrol unit.