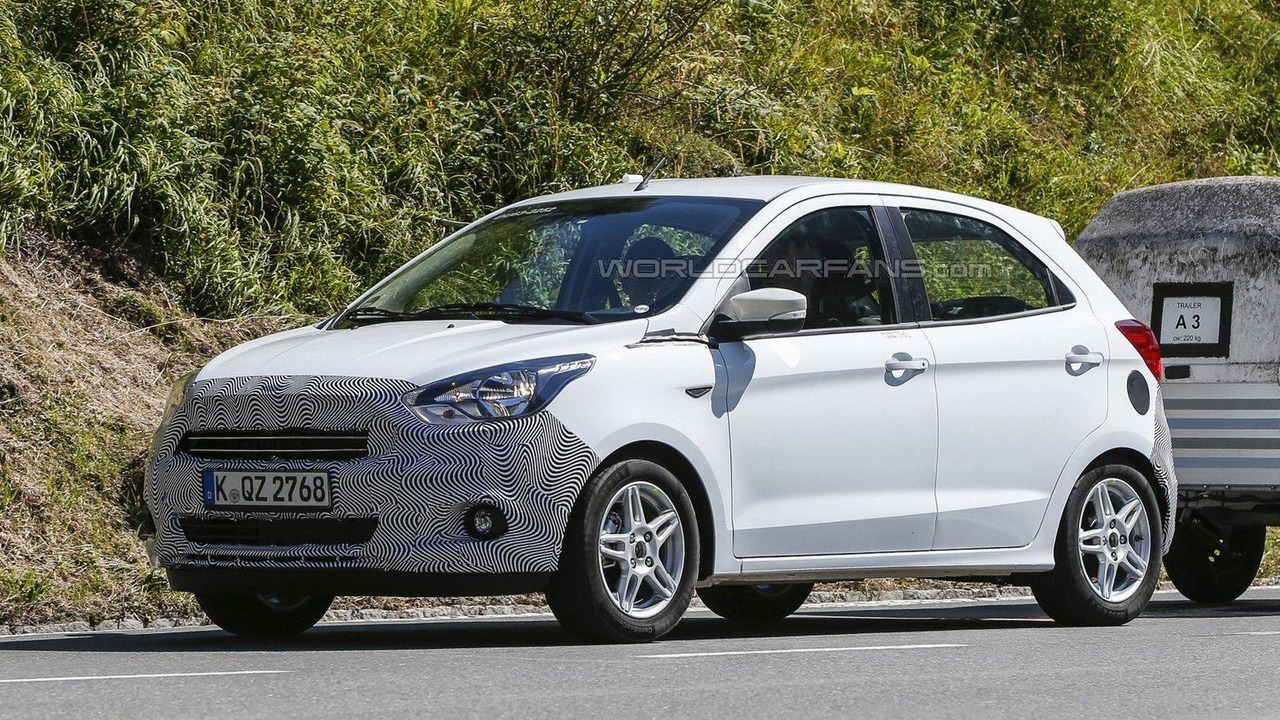 The Euro-spec Ford Ka has been spied undergoing testing ahead of a possible debut sometime next year.

The Euro-spec Ford Ka has been spied undergoing testing.

Looking virtually identical to the South American variant, the Euro-spec model is expected to feature a number of minor changes to suit European drivers.  Nothing is official but we wouldn't be surprised if the model features a retuned suspension, a revised steering system and possibly some interior upgrades.

Engine options remain unconfirmed but choices are rumored to include a 1.0-liter EcoBoost three-cylinder with 100 PS (74 kW) and a 1.5-liter diesel with 74 PS (54 kW).

It remains unclear when the Ka will be unveiled but it will likely bow at either the 2016 Geneva or Paris Motor Show.