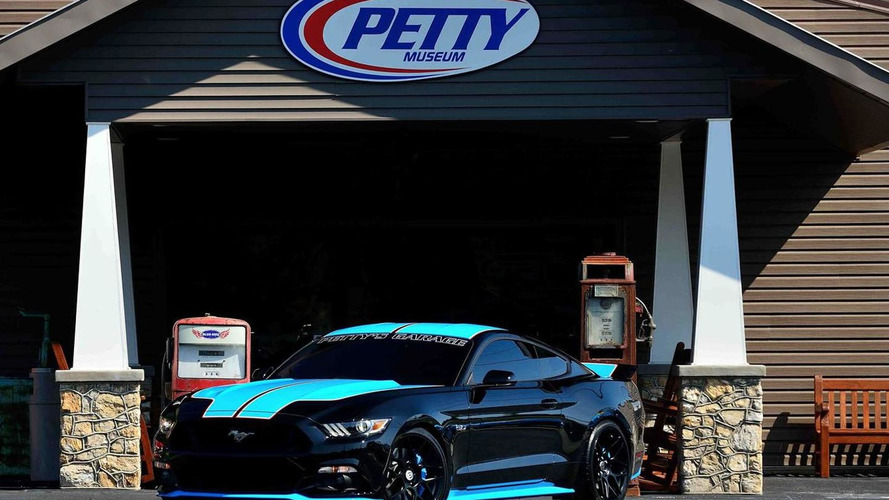 A custom 2015 Ford Mustang GT built by Richard Petty's Garage is heading to the auction block later this month.

A custom 2015 Ford Mustang GT built by Richard Petty's Garage is heading to the auction block later this month.

Donated by Richard Petty and Richard Petty Motorsports, the one-off Mustang GT wears a lovely two-tone Petty Blue and black paint and has received a plethora of modifications, including a Roush TVS 2300 supercharger and a Magnaflow exhaust. It rides on three-piece VMC forged black aluminum wheels with Continental tires and stops efficiently thanks to drilled and slotted rotors matched with six-piston front & four-piston rear Wilwood brakes.

It also comes with Petty's Garage front and rear coilovers and benefits from a cold air intake system as well as a bespoke rear spoiler and a custom leather interior with plenty of logos to denote it's not just an ordinary 2015 Ford Mustang GT.

The unique car will be auctioned this September 16-19 and all the money will be directed to the Paralyzed Veterans of America (PVA).