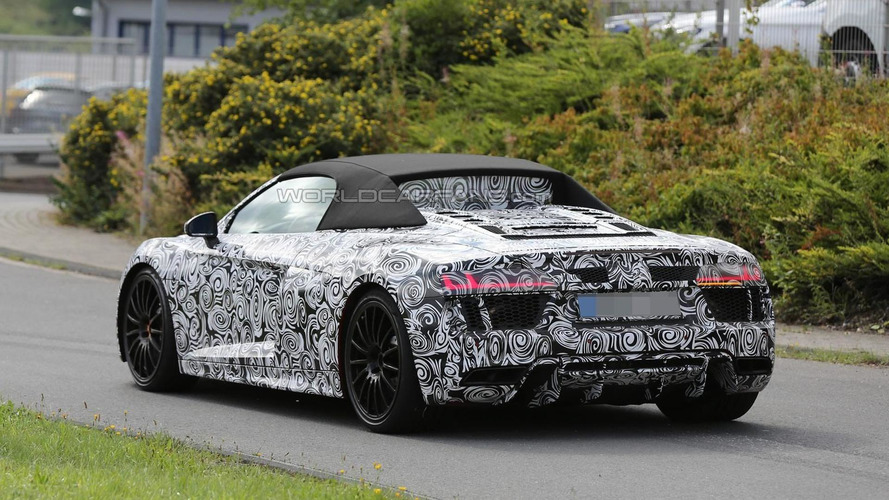 Audi's efforts to fully disguise the prototype are a bit futile taking into account we all know the Spyder will borrow most of the coupe's body, but will eschew the metal roof in favor of an electrically retractable soft top. In addition, the rear end will also go through some changes and will host a tweaked ventilated engine cover together with an upright windscreen. Some modest interior cabin changes such as the additional buttons to control the roof are on the agenda, but nothing to write home about.

Just like its fixed roof sibling, the second generation R8 Spyder will be available exclusively with a V10 5.2-liter normally aspirated engine which will be offered in two states of tune: 540 PS & 540 Nm in the base V10 version and 610 PS & 560 Nm in the range-topping V10 Plus which will be available from day one. A downsized turbocharged gasoline engine will eventually join the range in the following years while details about a fully electric e-tron version are not available at this point.

Expect the new R8 Spyder to show up at a major car event sometime next year, with sales kicking off towards the end of 2016. Needless to say, the different body style will command a serious premium over the coupe which in Germany begins at €165,000.