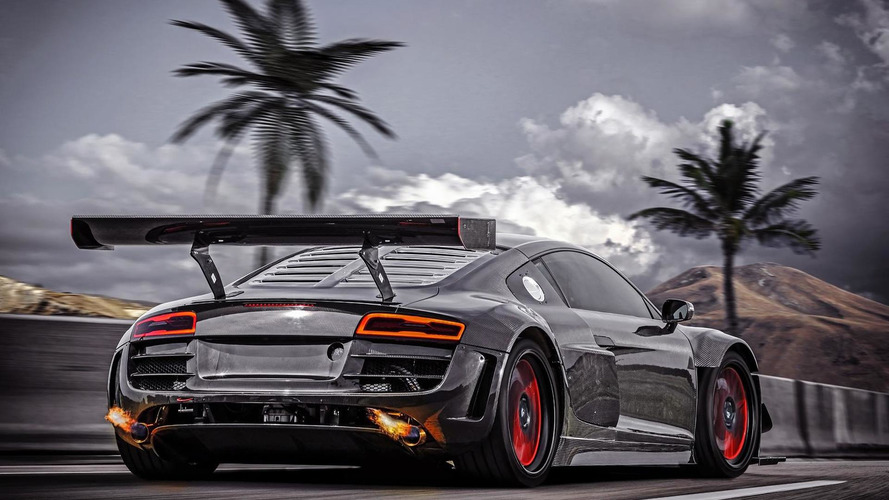 London-based aftermarket specialists Potter & Rich have come up with an extensive upgrade program for the first generation Audi R8 V10 Plus.

London-based aftermarket specialists Potter & Rich have come up with an extensive upgrade program for the first generation Audi R8 V10 Plus.

Perhaps the most elaborated tuning job ever for an R8, the "RECON MC8" no longer has a quattro all-wheel drive system as the supercar now employs a RWD layout benefiting from a Drexler differential lock. According to its creators, the change was made to ensure better power-to-weight ratio and also a livelier behavior especially around the track, but the car is still fully street-legal.

A lot of work was put into modifying the V10 5.2-liter which has received a supercharger and high-performance pistons that have boosted power to no less than 950 PS (699 kW) and a massive maximum torque of 900 Nm (664 lb-ft). All that power is channeled to the rear axle with help from a 7-speed dual-clutch gearbox which had to be updated as well to handle the massive output hike.

The stronger heart is matched with a menacing exterior appearance thanks to a full carbon fiber body which mimics the appearance of the R8 LMS ultra racecar. A considerable amount of weight was shaved off thanks to carbon fiber and as you can see the car also received an enormous rear wing. It now sits on 20-inch front & 21-inch rear MB Design wheels shod in 245/30 ZR20 and 305/25 ZR21 tires while for track days the tuner is offering a set of 18-inch BBS rims with 305/30 ZR18 and 335/30 ZR18 rubbers.

Stepping inside the cabin, the RECON MC8 is covered in Alcantara and benefits from a revised speedometer showing 430 km/h (270 mph).

Potter & Rich says the car is available for sale, but there's no word about its price tag.