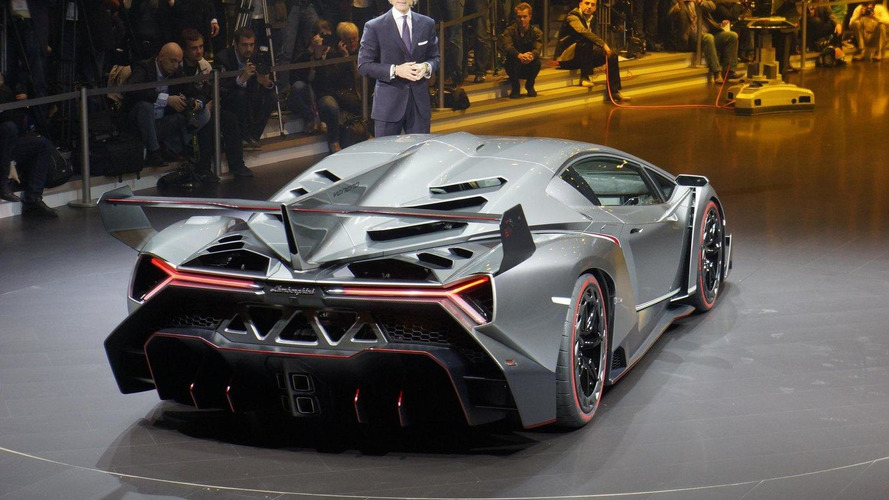 French media has shed some light about Lamborghini's mysterious hypercar planned for next year.

French media has shed some light about Lamborghini's mysterious hypercar planned for next year.

It turns out the model won't be called HyperVeloce after all as Lamborghini has decided to use the "Centenario" moniker to celebrate 100 years since company founder Feruccio Lamborghini was born (April 28, 1916). The limited-run beast will wear the "LP770-4" suffix which means the upgraded V12 6.5-liter naturally aspirated engine will pack 770 PS (566 kW) sent to all four wheels.

This hardware setup will allegedly enable the Lamborghini Centenario LP770-4 to perform the 0-62 mph (0-100 km/h) task in 2.7 seconds, thus making it 0.2s quicker than the Aventador LP700-4 upon which it will be based while top speed is expected to surpass the 217 mph (350 km/h) mark of the standard model.

The model will be introduced at the Geneva Motor Show set for March 2016 and only 20 units are planned for production, which each car carrying an exorbitant starting price of more than €1 million. While previous rumors indicated the availability of an additional 10 roadster, this time the report only specifies a coupe version which won't look as extreme as the Veneno as the aerodynamic tweaks will not be as significant.