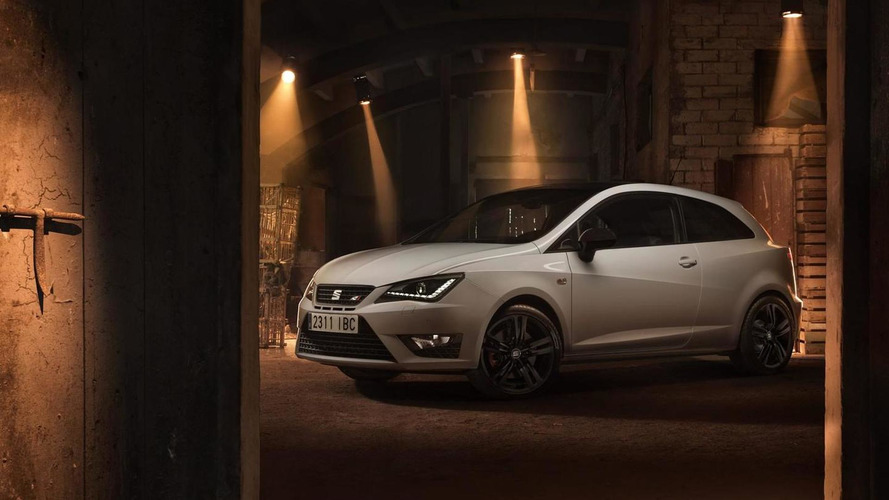 SEAT has facelifted the Ibiza CUPRA hot supermini which now comes with a different engine.

SEAT has facelifted the Ibiza CUPRA hot supermini which now comes with a different engine.

It was back in June when the VW-owned marque announced plans to discontinue the 1.4-liter TSI in favor of a bigger 1.8-liter TSI and now the engine change has been implemented together with the subtle facelift. Output has increased from the previous 180 PS & 250 Nm to 192 PS & 320 Nm which helps the Ibiza CUPRA sprint to 62 mph (100 km/h) from a standstill in a respectable 6.7 seconds (down by 0.3s) before topping out at 146 mph (235 km/h).

There's not much to talk about in terms of design as the cosmetic changes have been kept down to a minimum as SEAT believes the pre-facelift version already had a "up-to-minute" look. It comes as standard with 17-inch alloy wheels and bi-xenon headlights featuring LED daytime running lights, a technology also used for the taillights.

More significant changes have occurred inside the cabin as the steering wheel has been sourced from the larger Leon while the air vents and the instrument panel have also gone through some revisions. The infotainment system has a new look and offers support for MirrorLink, Apple CarPlay and Android Auto.

The refreshed CUPRA represents a last hurrah for the current generation Ibiza supermini set to be replaced towards the end of next year by an all-new model.