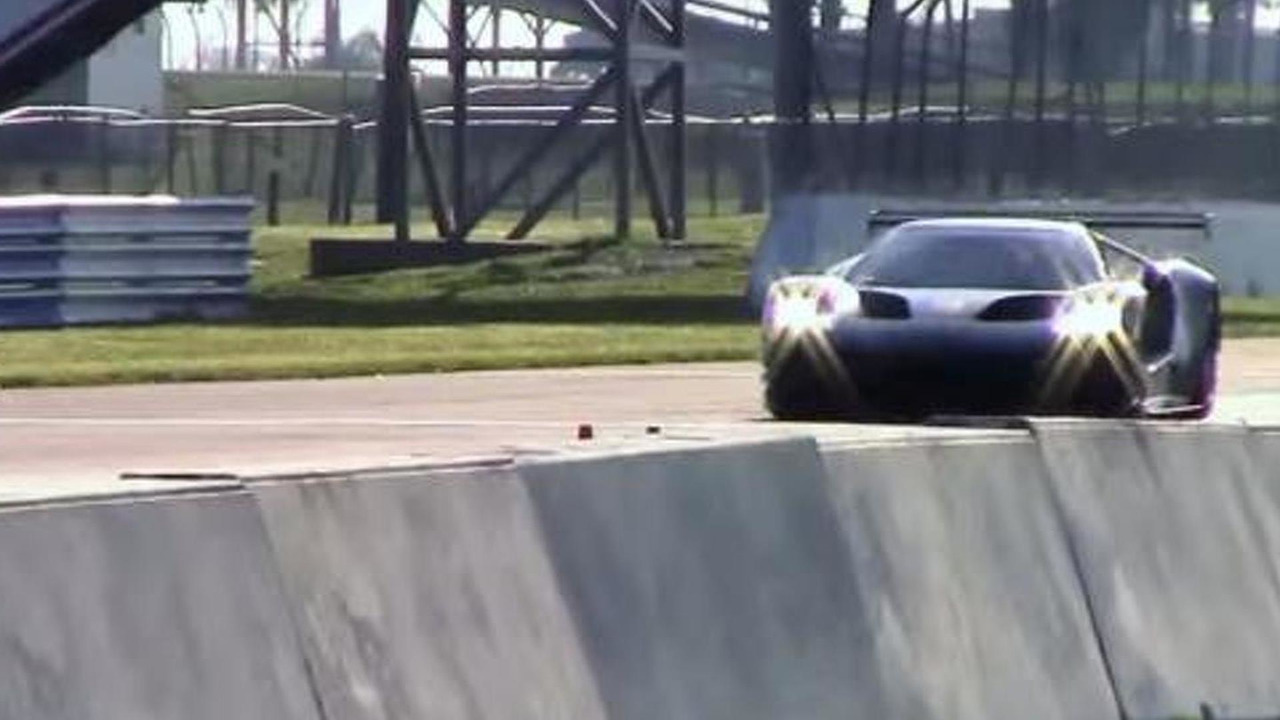 The Ford GT race car has been spied undergoing at the Sebring International Raceway.

The Ford GT race car has been spied undergoing at the Sebring International Raceway.

Caught wearing a sinister black body, the prototype roars around the track and looks pretty composed in the corners.

As we have previously reported, the race car will celebrate its racing debut at the 24 Hours of Daytona in January and compete in the LM GTE-Pro class. Ford hasn't said much about the model but it is based on the road-going variant and features an aerodynamic body kit that includes a front splitter, a larger diffuser and a prominent rear wing.

Power will be provided by a twin-turbo 3.5-liter EcoBoost V6 that has been specially designed for racing applications.  There's no word on specifications but the engine will produce more than 600 bhp (447 kW) in the road-going model.