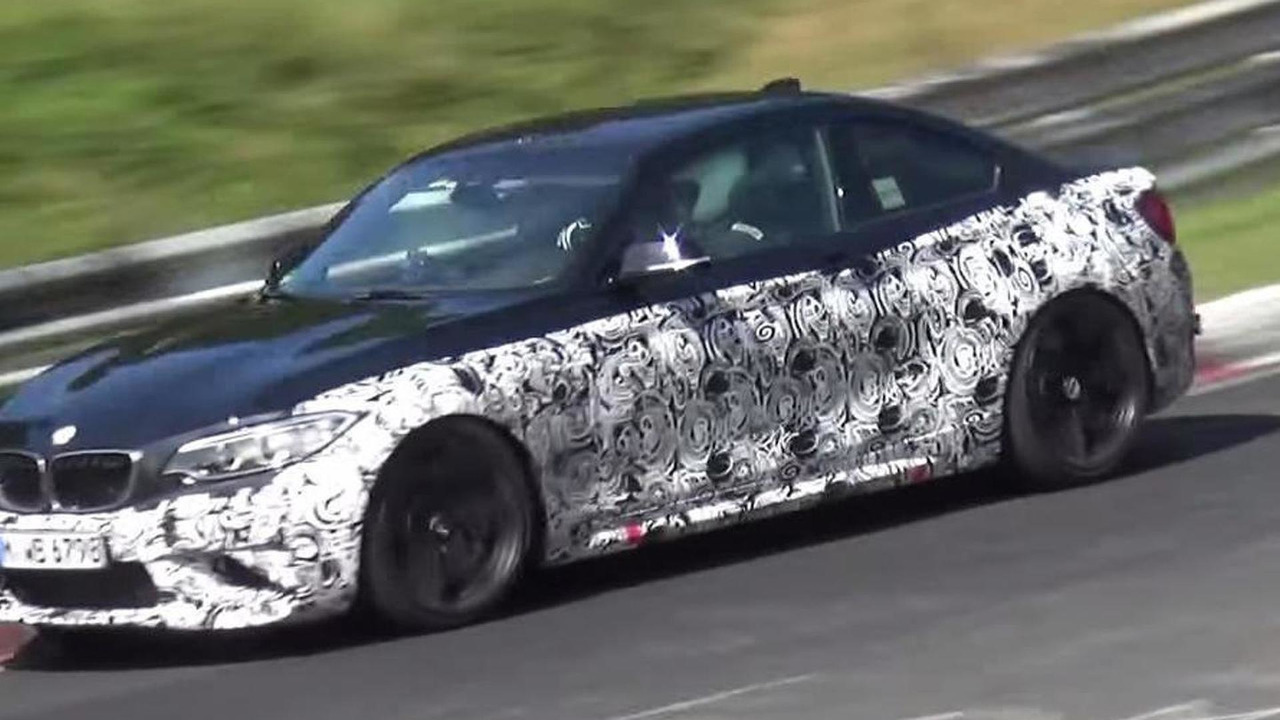 A near-production BMW M2 Coupe prototype was caught on camera going all out on the Nürburgring track in Germany.

A near-production BMW M2 Coupe prototype was caught on camera going all out on the Nürburgring track in Germany.

With an estimated starting price of €54,000, it will be the most affordable fully fledged M model on sale once BMW will open the order books before the year's end, following an October reveal. For this money you will be getting the version equipped with the standard six-speed manual whereas the optional seven-speed dual-clutch will obviously cost extra.

Judging by the attached footage, it seems to be utterly fast when controlled by a professional test driver who probably knows the 'Ring by heart. He does a great job at taming all those 370 ponies (estimated) delivered by an upgraded version of the 3.0-liter turbo-six engine which is said to generate 465 Nm (500 Nm with overboost).

More powerful and perhaps lighter than the M235i Coupe, the M2 is believed to perform the 0-62 mph (0-100 km/h) task in just 4.4 seconds before topping out at an electronically-governed 150 mph (250 km/h) although an optional M Driver’s Package should bump that limiter to around 170 mph (274 km/h). While rear-wheel drive will come as standard, a report suggest an optional xDrive all-wheel drive system will be offered later on in select markets.

Deliveries of the BMW M2 should begin in the first quarter of 2016.