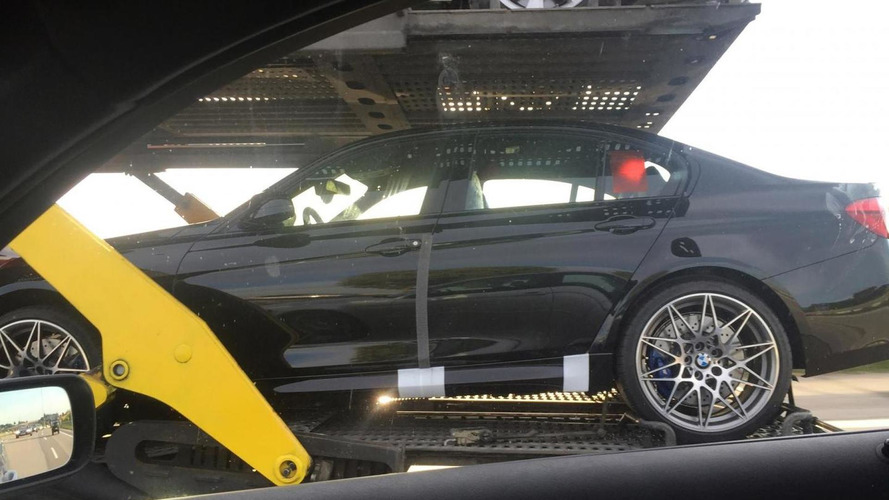 Two BMW M3 prototypes equipped with the Competition Package has been caught on camera with no camouflage.

Spotted on a transport lorry in Germany, the cars feature a set of multi-spoke alloy wheels that reportedly are lighter than the standard M3 wheels. In fact, these are the wheels of the M4 GTS concept without the orange accents. The vehicles also appear to have modified black exhaust pipes and a slightly reshaped rear diffuser.

While we can’t be 100 percent sure this is the Competition Package indeed, the upgrade for the M3 and M4 will likely not feature carbon fiber brakes nor any major aerodynamic improvements, like the massive spoiler on the M4 GTS. It’s expected to debut next year and to be positioned above the standard M3/M4 and below the upcoming GTS and CSL.