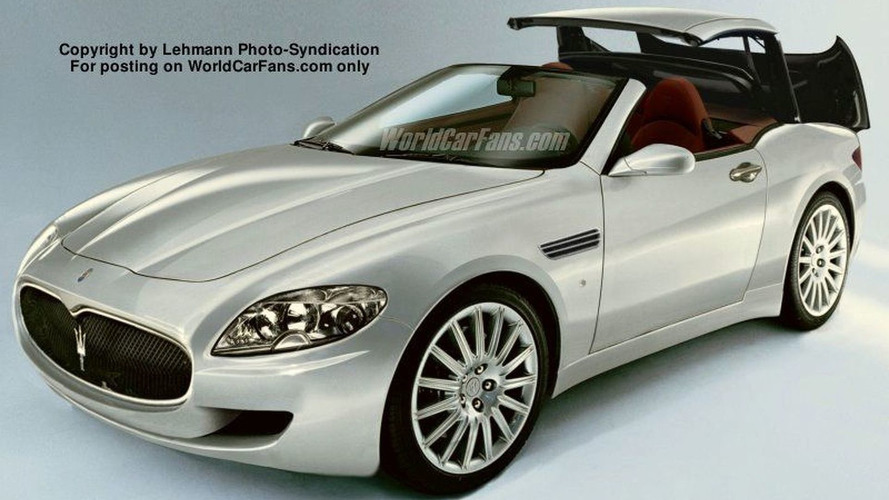 Rumors say that Maserati may use some of their old names for their new upcoming Coupe. The current names, Coupe and Spyder, do not really give the cars some true identity like it used to be in the sixties and seventies.

The new Maserati GT/Mistral will come as a 2+2 Coupe and as a 2 seater Spyder with a retractable steel top.

Its engine is based on the Ferrari built 4.2 liter V8, as in the Alfa Romeo 8C Competizione. The new GT's engine will have 4.5 liter and deliver about 500 bhp instead of 450 bhp as in the Alfa. The new car will have a double-wishbone suspension with the known Skyhook adaptive damping system and also the Cambiocorsa clutchless gearbox mounted in the rear. Another source is talking about a completely new 6-speed gearbox with paddle shifters from ZF, but also of a traditional manual gearbox with a clutch.

The design will be a mixture between modern and sporty looks and the classic Maserati A6GCS/53. The oval and at the same time concave grille will stand out and make this car a real head turner. The photoset includes a first shot of the dashboard. Launch of the new Maserati is expected at the Geneva Motor Show 2007.

The photos are showing 3 shots of a prototype testing in the streets of Maranello including a glimpse of the cockpit, plus one computer image from our files showing how the new model could look like upon its release.