Volvo S90 leaks out thanks to scale model 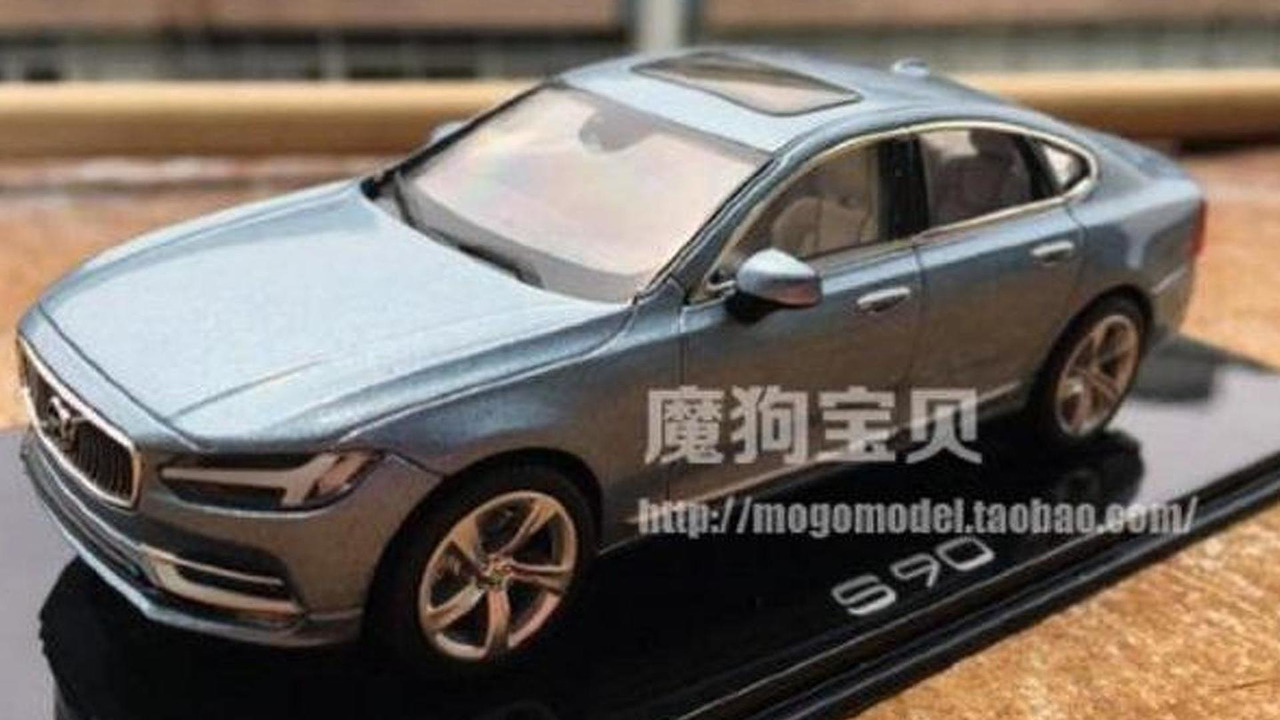 Several images of a scale model depicting the Volvo S90 have emerged onto the web ahead of an already confirmed 2016 market launch.

Several images of a scale model depicting the Volvo S90 have emerged onto the web ahead of an already confirmed 2016 market launch.

The pics were posted on a Chinese website and according to unspecified sources cited by Swedish auto magazine Teknikens Värld the scale models do show the real deal. This is an all-new model set to replace the aging S80 and as you can see the styling has been heavily influenced by the Concept Coupe, especially at the front where the sleek headlights feature those cool Thor's Hammer LED daytime running lights.

The side profile reveals a sloped roofline ending with a raked rear window and a large tailgate as well as big C-shaped taillights in the same vein as Volvo's recent concepts. It seems to adopt dual exhaust tips featuring a chrome finish while the "Volvo" lettering at the back sits on the trunk lid between the taillights. The third side window sits after the C pillar which indicates the S90 will be substantially larger than the S80 so it will provide a more accommodating interior cabin with more room especially for rear passengers.

Set to go on sale next year, the Volvo S90 mid-size sedan will ride on the company's brand new Scalable Product Architecture and will only be offered with four-cylinder engines which should mirror those of the second-gen XC90. It will be followed by a V90 wagon that will draw its inspiration from the highly appealing Concept Estate.