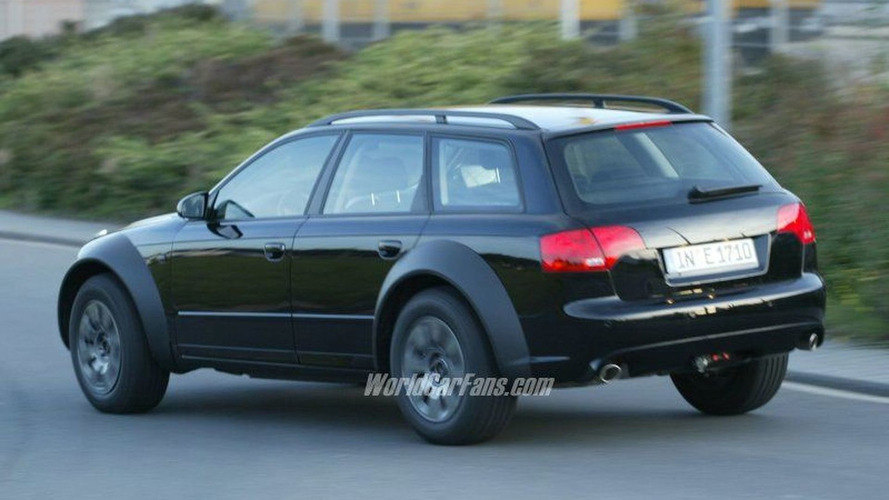 The decision has been made: the new Audi Q5 will be built in Germany. The new model will start rolling off the production line at Ingolstadt in 2008. To that end, around EUR 300 million will be invested in the production facilities over the next years. Prof. Dr. Martin Winterkorn, Chairman of the Board of Management of AUDI AG, explained: “The decision demonstrates what potential there is for industrial production in Germany. We are delighted that the Audi Q5 will be built in Ingolstadt, now that we have reached an agreement with the Works Council enabling us to build it at a competitive cost.” A total of some 1,700 workers will be involved in production of the Audi Q5 in Ingolstadt. “This decision will also benefit employment at Neckarsulm, because both plants will be very closely interlinked,” added Winterkorn.

Peter Mosch, Chairman of the General Works Council of AUDI AG, declared: “After some lengthy rounds of tough negotiations, we are delighted with the outcome: Ingolstadt gets production of the Audi Q5! The overriding concern of our works councils is to safeguard jobs at Audi's German locations in the long term. The decision to build the Audi Q5 at Ingolstadt and also the recent decision to build the R8 at Neckarsulm represent initial steps towards achieving this goal. We on the Works Council will continue to push for utilising existing production capacity to the full, through new models.”

The Vice-Chairman of the IG Metall trade union and Deputy Chairman of the Supervisory Board, Berthold Huber, concluded: “This decision proves that it is truly possible to build high-quality, marketable cars in Ingolstadt and therefore in Germany, for all the complaints we have been hearing about excessive labour costs. The dedication, experience and ability of a workforce are invaluable assets.”

The Bavarian Prime Minister, Dr. Edmund Stoiber, likewise welcomed the decision in Ingolstadt's favour: “The fact that such an important model for Audi is going to be built in Ingolstadt will provide a boost to Bavarian industry as a whole, because its supply industry in the wider region will benefit, along with the immediate location itself. I am delighted at this future investment in Bavaria as a production base.”

The decision to build the Audi Q5 at Ingolstadt is the third major decision within a short space of time that AUDI AG has reached in favour of a German location. Just a few months ago, it was announced that the new Audi A5 is to be built in Ingolstadt, and the Audi R8 sports car in Neckarsulm. Production of the Audi R8 will commence in the fourth quarter of 2006.

The Audi Q5 will join the Audi Q7 as the Audi brand's second model in the sport utility vehicle (SUV) segment. “The Audi Q5 will be an overtly sporty vehicle that will add an important product to the Audi model range. The Audi Q5 will take us a big step closer to vehicle sales of 1.4 million per year, a target that we have set ourselves for 2015,” continued Winterkorn.

At present, the Audi A3, A3 Sportback, A4 saloon and Avant and, in conjunction with Györ, the Audi TT Coupé and Roadster are built in Ingolstadt. In 2005, a total of 510,416 vehicles left the Ingolstadt production lines. The Audi A6 saloon and Avant and the A8 are built in Neckarsulm, with production of the Audi R8 due to commence there in the fourth quarter of 2006. In Neckarsulm, 241,070 vehicles were manufactured last year.

On May 17 at the Annual General Meeting of Audi AG, Prof. Dr. Winterkorn announced a brace of new models including the new Audi S3, a three-door model with a sporty engine which will be hitting showrooms in the second half of 2006.

He also revealed that the much speculated Audi A5 Coupé will join the Audi model line up, which will also be built in Ingolstadt and launched in the first half of 2007.