When Kia updated its Sportage for the 2023 model year, the automaker did more than update the styling. Kia also gave the popular crossover a hybrid powertrain for the first time. Kia already announced pricing for the non-hybrid Sportage, and we now have numbers for the hybrid.

Kia pairs a turbocharged 1.6-liter four-cylinder to a 44-kilowatt electric motor that’s powered by a 1.5-kilowatt-hour lithium-ion battery pack. The total combined output is 226 horsepower (166 kilowatts), a noticeable jump over Sportage’s non-hybrid base model. It delivers 187 hp (138 kW) and 178 pound-feet (242 Newton-meters) of torque from its 2.5-liter four-cylinder.

Kia says the hybrid powertrain will allow the Sportage to drive more than 500 miles (800 kilometers) on a single tank of gas. The company says it’s aiming for the crossover’s fuel economy to return up to 39 miles per gallon. The crossover will also tow up to 2,000 pounds (907 kilograms).

The Sportage Hybrid is much like its non-hybrid stablemate on the inside, featuring a 12.3-inch infotainment display next to a 12.3-inch digital instrument cluster. Wireless Apple CarPlay and Android Auto are standard. The Sportage’s eight active safety features include high-beam assist, emergency braking, lane-keep assist with lane centering, and a lot more.

The non-hybrid Kia Sportage is on sale right now. Kia says the Sportage Hybrid goes on sale this spring, and spring started a few weeks ago, so the stylish new crossover should be reaching dealer lots very soon. Kia will also offer the new Sportage with a plug-in hybrid powertrain. However, the company hasn’t released pricing information for that model. 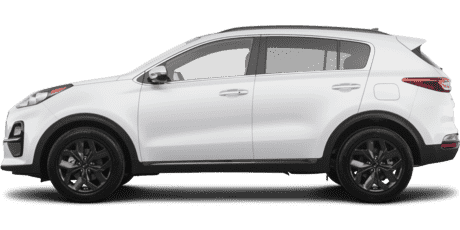