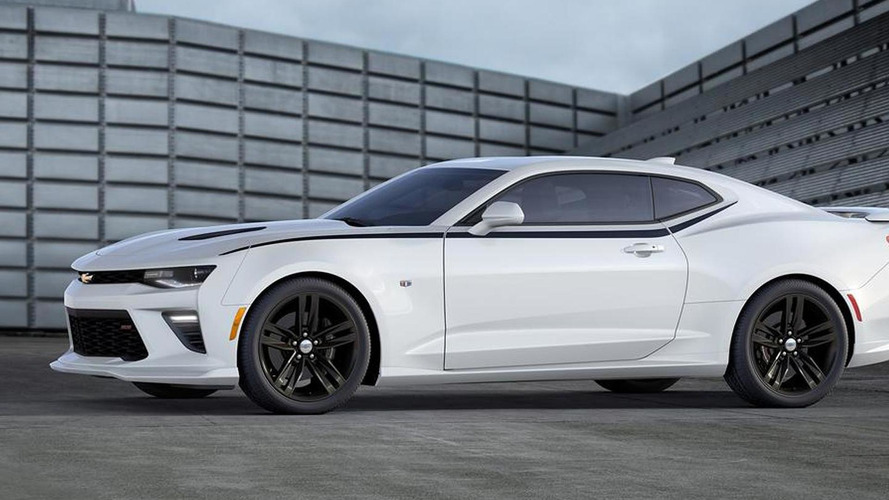 Following an official debut back in May, Chevrolet has announced pricing details for the 2016 Camaro.

Following an official debut back in May, Chevrolet has announced pricing details for the 2016 Camaro.

They are asking $26,695 (including $995 destination) for the base Camaro 1LT coupe version but if you want the most powerful model you will have to upgrade to the 1SS which kicks off at $37,295. Standard features across the range include LED daytime running lights, keyless access (with push-button start), rearview camera, electronic parking brake and a flat-bottomed steering wheel wrapped around in leather.

All models come with Chevrolet MyLink with Apple CarPlay capability, OnStar 4G LTE connectivity with Wi-Fi hotspot, as well as with automatic climate control and a driver mode selector that has Snow/Ice, Tour and Sport modes plus a Track mode only on the 1SS and 2SS versions.

Those willing to pay more for the 1SS will also receive a limited-slip differential (manual gearbox only), a configurable driver information center and the active rev matching technology (for manual). Moreover, the beefier model also benefits from Brembo brakes, Goodyear Eagle F1 Asymmetric run-flat tires and cooling systems for the engine oil, gearbox and differential.

Aside from revealing pricing and equipment details, Chevrolet has also uploaded the Camaro visualizer where you can play around setting up your own version by choosing from one of the ten available body colors, five interior hues and lots of wheels and accessories.

Produced at General Motors' Lansing Grand River assembly plant in Lansing, Michigan, the new Chevrolet Camaro will arrive at dealerships late this year in coupe flavor with the V6 and V8 engines while the 4-cylinder turbo and the convertible will be out in the first quarter of 2016.