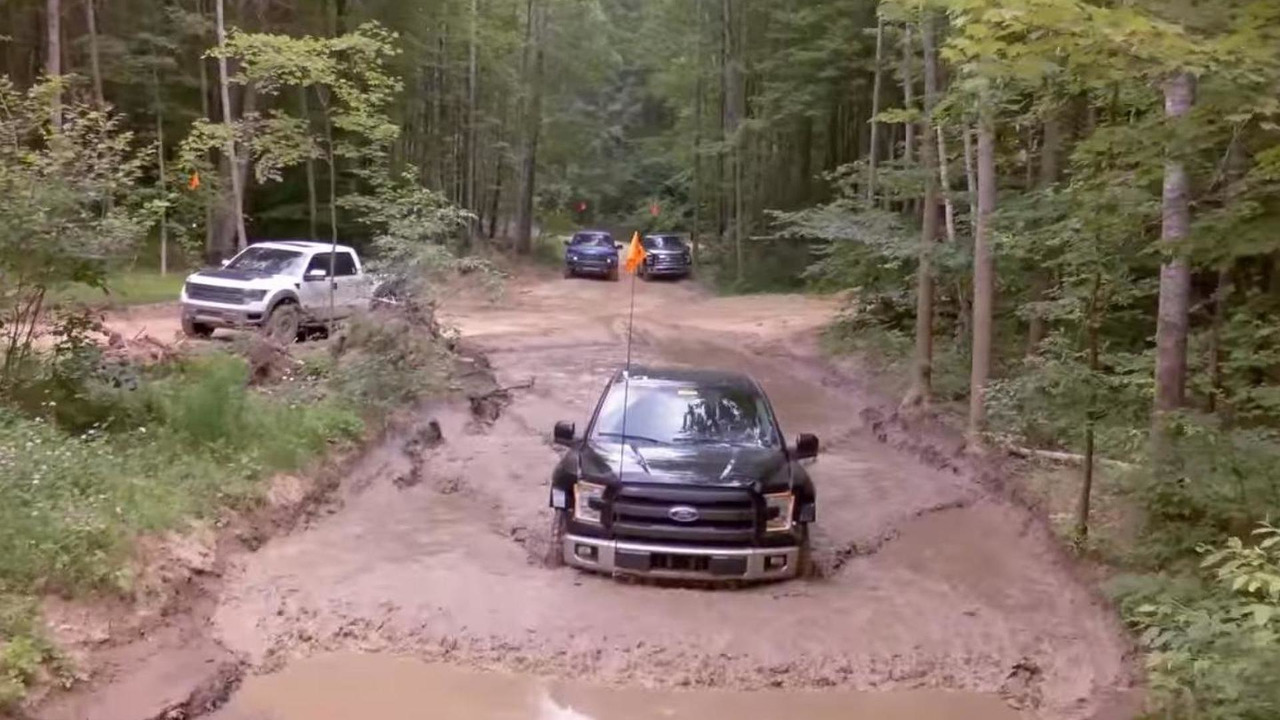 While the clip is virtually silent, the video shows the truck tackling steep slopes, sandy terrain and vertical log climbs.  We can also see it fording a small pond near the end.

As we have previously reported, the F-150 Raptor features a rugged front bumper, ventilated front fenders and 17-inch alloy wheels with BFGoodrich All-Terrain KO2 tires.  The truck also has a 3.5-liter EcoBoost V6 engine that develops more than 411 bhp (306 kW) and 434 lb-ft (587 Nm) of torque.  It will be connected to a ten-speed automatic transmission and an all-new four-wheel-drive system with a torque-on-demand transfer case that manages power distribution between the front and rear wheels.

The F-150 Raptor will go on sale in the fall of 2016 and pricing will be announced closer to launch.