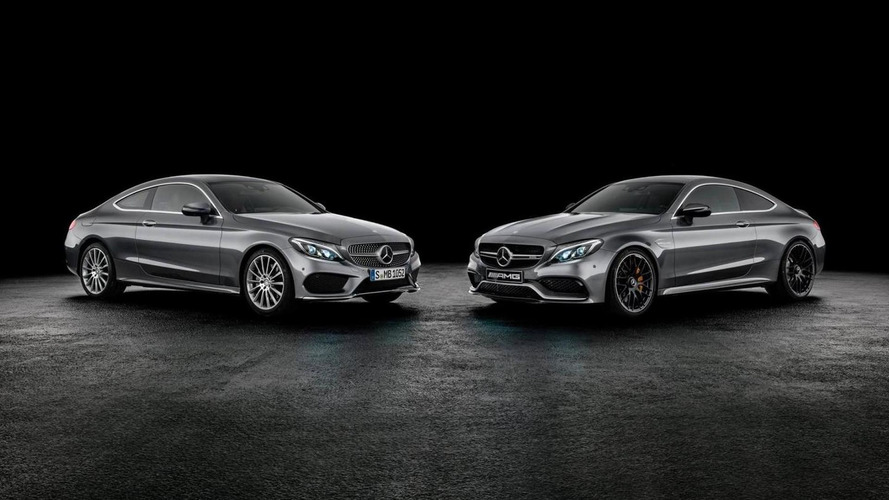 Mercedes-AMG has released the first official picture of the C63 Coupe, ahead of its debut at the Frankfurt Motor Show.

Mercedes-AMG has released the first official picture of the C63 Coupe, ahead of its debut at the Frankfurt Motor Show.

Shown alongside the C-Class Coupe, the C63 has a similar design but is distinguished by an aggressive front bumper, a revised grille and a new hood.  The car also features a trunk-mounted spoiler and lightweight alloy wheels that are backed up by a high-performance braking system.

Mercedes is still keeping specifications under wraps but the model will undoubtedly use a twin-turbo 4.0-liter V8 engine that develops 469 bhp (349 kW) and 479 lb-ft (648 Nm) of torque.  It will be paired to a seven-speed AMG SPEEDSHIFT MCT transmission which should enable the coupe to accelerate from 0-60 mph in approximately four seconds before hitting an electronically-limited top speed of 155 mph (250 km/h).

While the company is withholding certain information they have already confirmed the car will have an electronic limited-slip rear differential which promises to increase "driving stability in slaloms and when changing lanes at high speeds."  The automaker also confirmed the cars will consume between 8.6 - 8.9 L/100km and have CO2 emissions of 200 - 209 g/km.