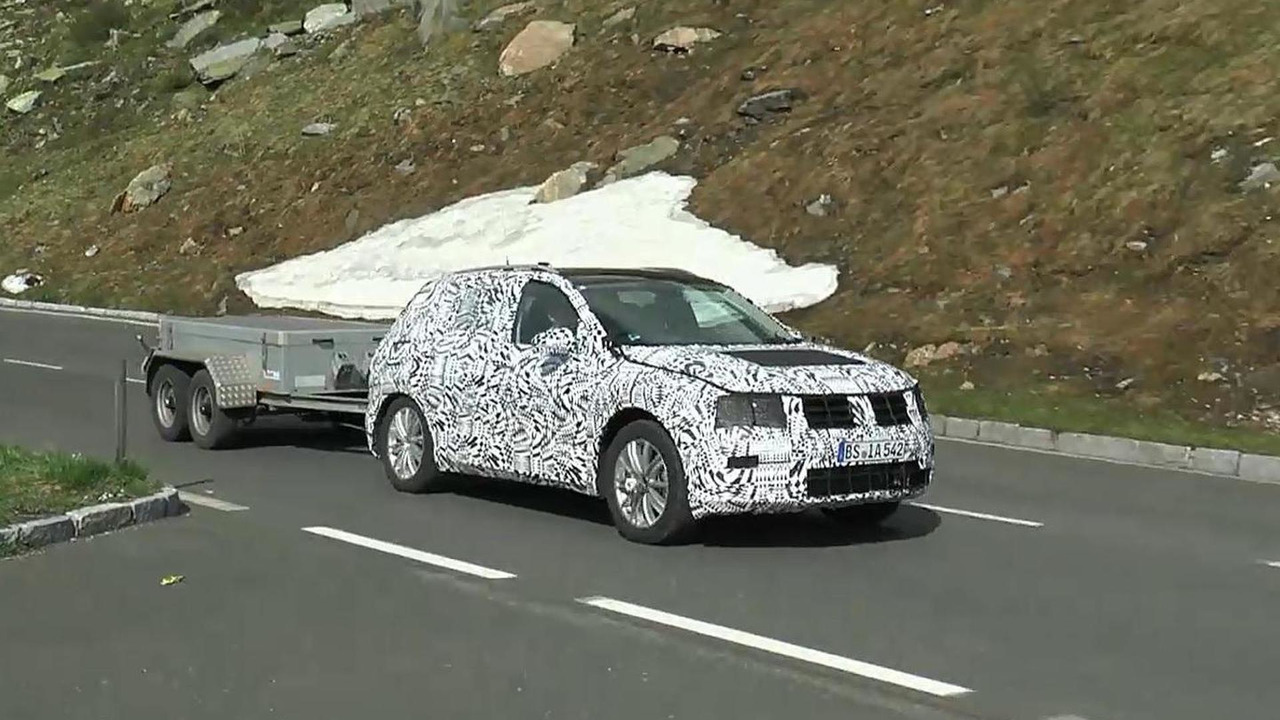 The 2016 / 2017 Volkswagen Tiguan has been spied undergoing testing in the mountains. See the video inside

The 2016 / 2017 Volkswagen Tiguan has been spied undergoing testing in the mountains.

Set to usher in a new era of Volkswagen crossovers, the redesigned Tiguan is heavily camouflaged but appears to have an evolutionary design that echoes the Touareg.  Styling details are hard to make out but we can see a slender grille, a gently sloping roof and stylish dual exhaust system.  Other notable features include door-mounted mirrors, roof rails and a more rakish tailgate.

Volkswagen has been tight-lipped about specifications but the model is expected to ride on the MQB platform and be about 2.2-inches longer than its predecessor.  There will also be seven-seat variant that will be approximately 7.9 longer than the standard model.

Engine options remain unconfirmed but will likely include a variety of familiar four-cylinder petrol and diesel options.