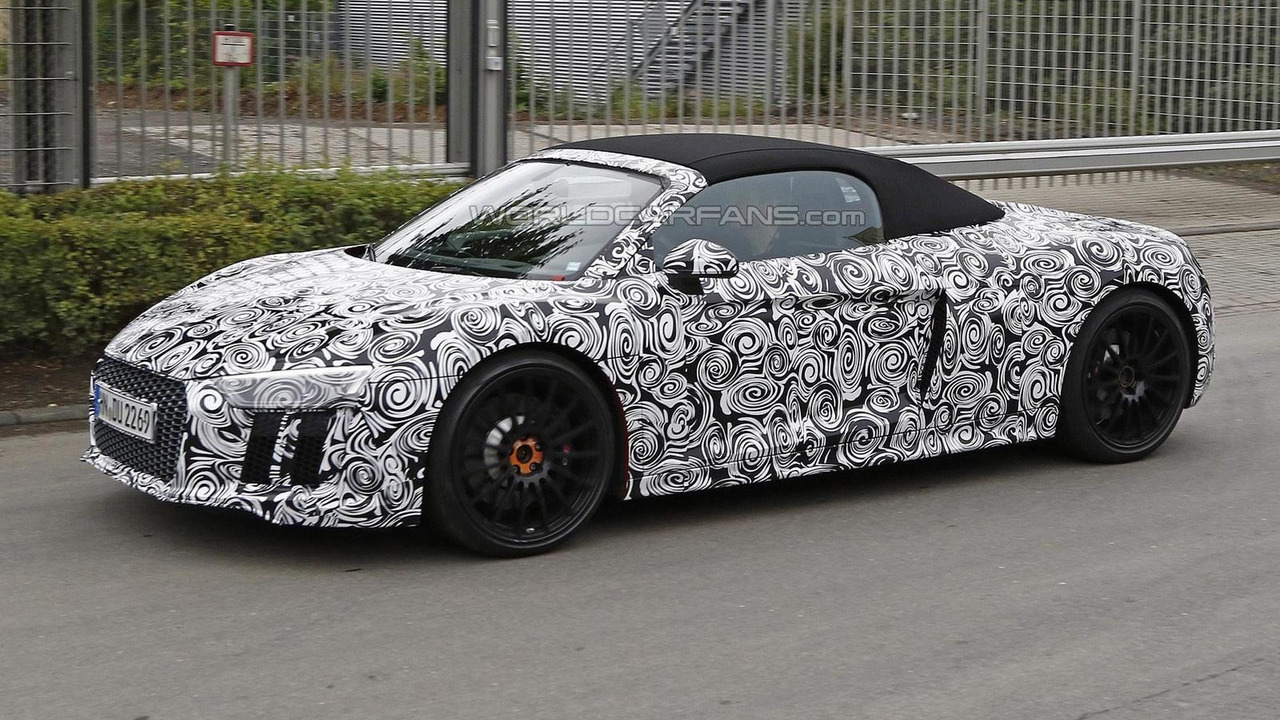 The second generation Audi R8 Spyder is making its spy photo debut ahead of next year's expected launch.

The second generation Audi R8 Spyder is making its spy photo debut ahead of next year's expected launch.

Spied this morning near the Nurburgring, the upcoming R8 Spyder looks exactly as you would expect and makes the switch from the coupe's fixed metal roof to a fabric top which will likely add some weight. As a consequence, the extra bulk will hamper performances so the 0-100 km/h run will take a few ticks of a second more than the V10 coupe which needs 3.5 seconds for the task while the V10 Plus coupe does the run in 3.2 seconds. Consequently, top speed will likely decrease a bit from 200 mph (320 km/h) and 205 mph (330 km/h), respectively.

Seen in the attached spy photo gallery is the standard V10 version, but we expect a more powerful V10 Plus model to be available from day one, with both of them being substantially more expensive than the equivalent coupe. Compared to the old model, the new Spyder will be up to 50 kg (110 lbs) lighter and will utilize an evolution of the 5.2-liter naturally aspirated engine set to deliver 540 PS (397 kW) and 540 Nm (398 lb-ft) in the standard model and 610 PS (449 kW) and 560 Nm (413 lb-ft) if you upgrade to the Plus variant.

Chances are Audi will stage the world premiere of the all-new R8 Spyder in March 2016 at the Geneva Motor Show, with sales to begin in the second half of the year. Later during the car's life cycle, a new entry-level version will be added to the range and is set to employ a six-cylinder turbocharged engine.