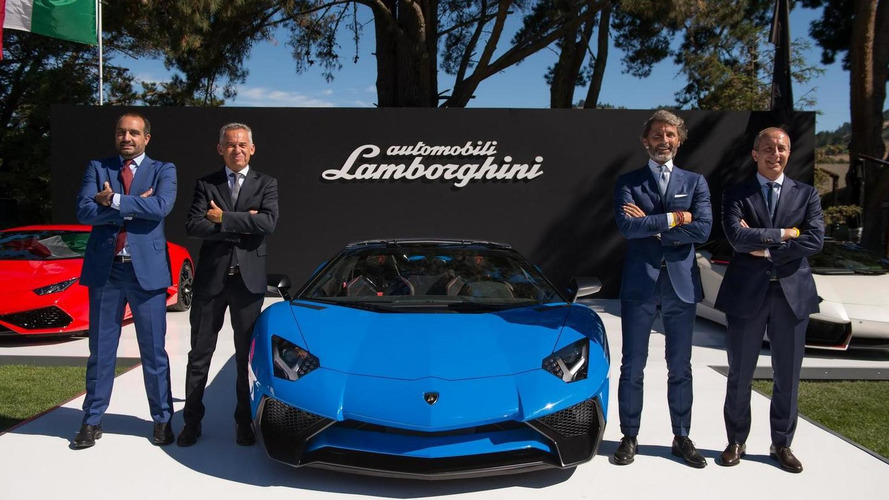 Lamborghini has disclosed pricing details for its latest gem, the Aventador Superveloce Roadster.

Lamborghini has disclosed pricing details for its latest gem, the Aventador Superveloce Roadster.

The model made its debut this weekend at Pebble Beach and on this occasion Lamborghini announced a starting price of €357,000 (VAT excluded) in Europe whereas in United States it kicks off at $530,075 MSRP. Only 500 units are planned for production and deliveries are scheduled to commence in the beginning of next year.

Compared to a standard Aventador Roadster, the SV version adds 50 PS and loses 50 kg so now it delivers a massive 750 PS (552 kW) punch wrapped around in a 1,575 kg package. These changes have granted the vehicle with a power to weight ratio of 2.1 kg / PS. With such stellar technical specifications, it's no wonder the hardcore roadster from Sant'Agata Bolognese needs a mere 2.9 seconds to complete the 0-62 mph (0-100 km/h) task before topping out at more than 217 mph (350 km/h).

One cool feature is the power rear window which enables the V12's soundtrack to infiltrate the cabin to provide "invigorating tones and harmonics during spirited driving." As for the roof, it consists of a two-piece carbon fiber hardtop and each piece weighs less than 6 kg (13.2 lbs) and when not in use it can be stored in the trunk area.

Taking into account the Aventador SV Coupe - limited to 600 units - reached sold out status in just three months after being officially revealed, its Roadster sibling will get there even faster since its more desirable and will also be built in 100 fewer examples.