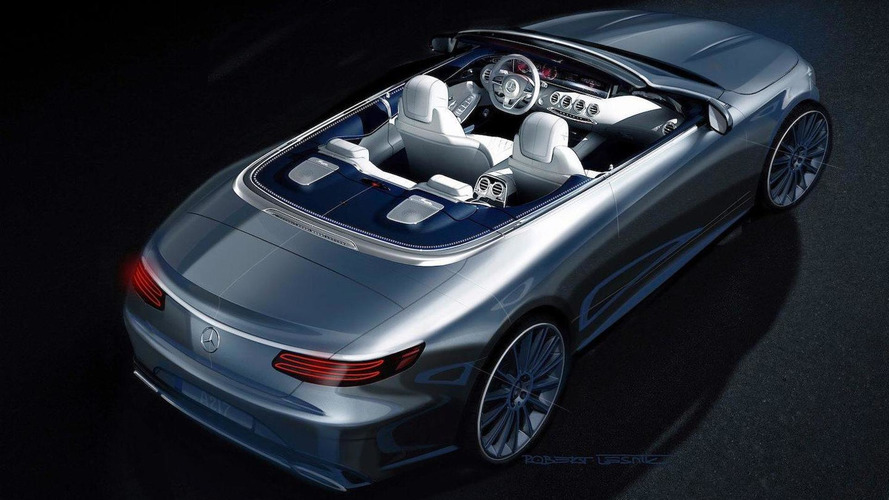 Mercedes-Benz has released a teaser image previewing its upcoming S-Class Cabriolet bound to show up at next month's Frankfurt Motor Show.

Mercedes-Benz has released a teaser image previewing its upcoming S-Class Cabriolet bound to show up at next month’s Frankfurt Motor Show.

Billed as the company's first flagship-level luxury four-seater since 1971, the open-top S-Class (A217) will use an electrically retractable folding fabric roof featuring a multi-layer configuration and a large glass rear window. The roof has been designed in such a way as to mimic the looks of the S-Class Coupe even though the rear end will be longer and with a different shape necessary to store the roof when folded.

The engine lineup will be largely carried over from the coupe and there's also going to be S63 and S65 versions, but these are expected to come out early next year. Rear-wheel drive will be standard, but Mercedes-Benz will offer several engines with an optional 4MATIC all-wheel drive setup.

Since the S-Class Cabriolet will be introduced in mid-September at the Frankfurt Motor Show, chances are an online reveal will occur before the end of this month.