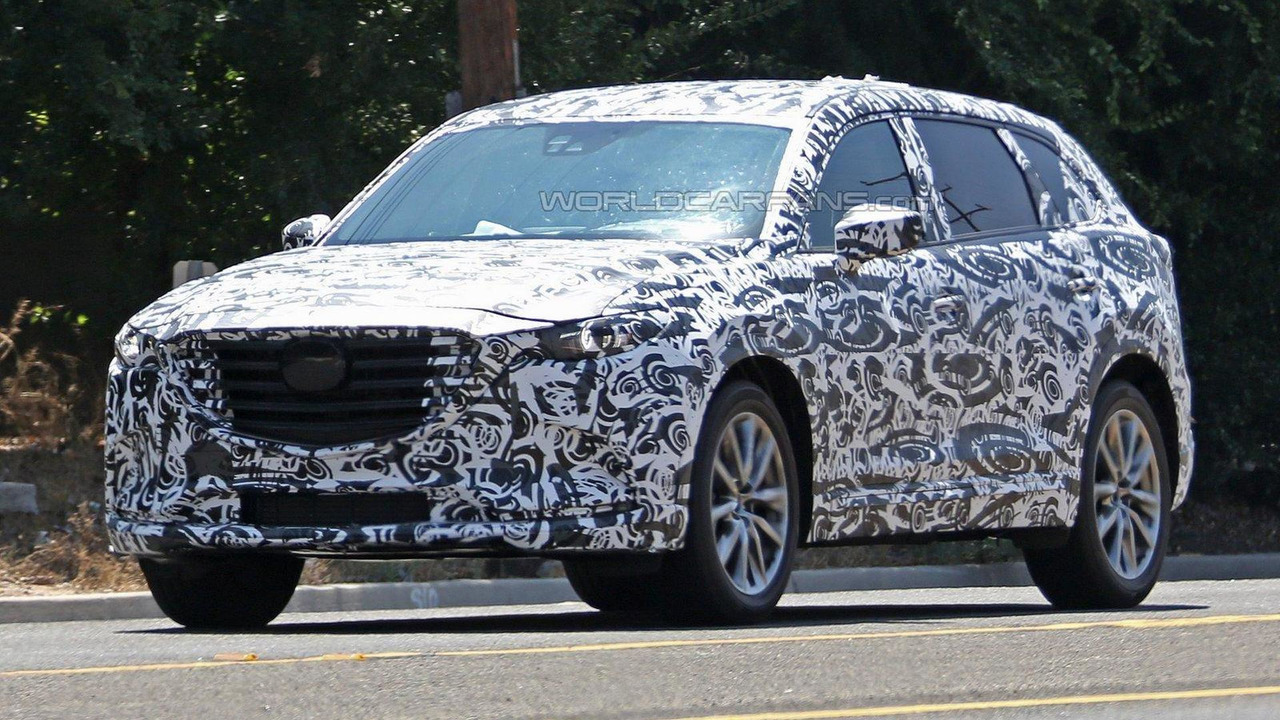 The 2017 Mazda CX-9 crossover has been spied undergoing testing in southern California.

The 2017 Mazda CX-9 has been spied undergoing testing in southern California.

Dressed in black and white camouflage, the redesigned crossover follows in the footsteps of the CX-3 and CX-5 as it adopts a stylish KODO design with a prominent grille which is flanked by slender headlights.  Moving further back, we can see flowing bodywork, a sloping roof and a tailgate-mounted spoiler.  Other notable styling cues include a dual exhaust system and small taillights.

Specifications remain unconfirmed but speculation suggests the model will be powered by a new turbocharged 2.5-liter SkyActiv four-cylinder engine.  The engine is also slated to be used in several MazdaSpeed variants including the MazdaSpeed6.

While nothing is official, the model could be unveiled at the Los Angeles Auto Show before going on sale early next year.