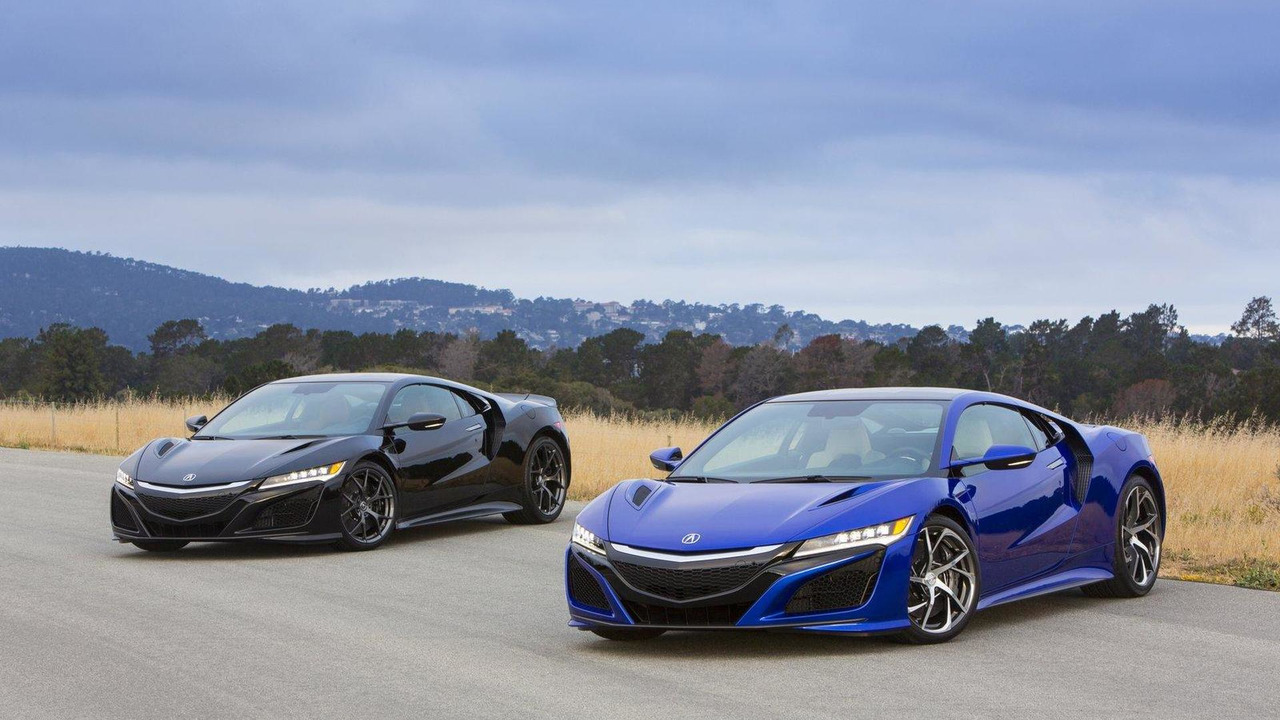 Acura has revealed new details about the NSX at The Quail, A Motorsports Gathering.

Acura has revealed new details about the NSX at The Quail, A Motorsports Gathering.

Since the model is Acura's first built-to-order vehicle, it will feature an extensive array of factory-installed options.  The company was coy on specifics but detailed the three models that will be on display at the event.

The cabin features Orchid leather and Alcantara upholstery as well as an interior carbon sports package which adds aluminum pedals, a carbon fiber meter visor and carbon fiber trim on the steering wheel.

The Berlina Black NSX is virtually identical of the Nouvelle Blue Pearl variant but it has black brake calipers, Signature Y-spoke alloy wheels and a Saddle leather / Alcantara interior.