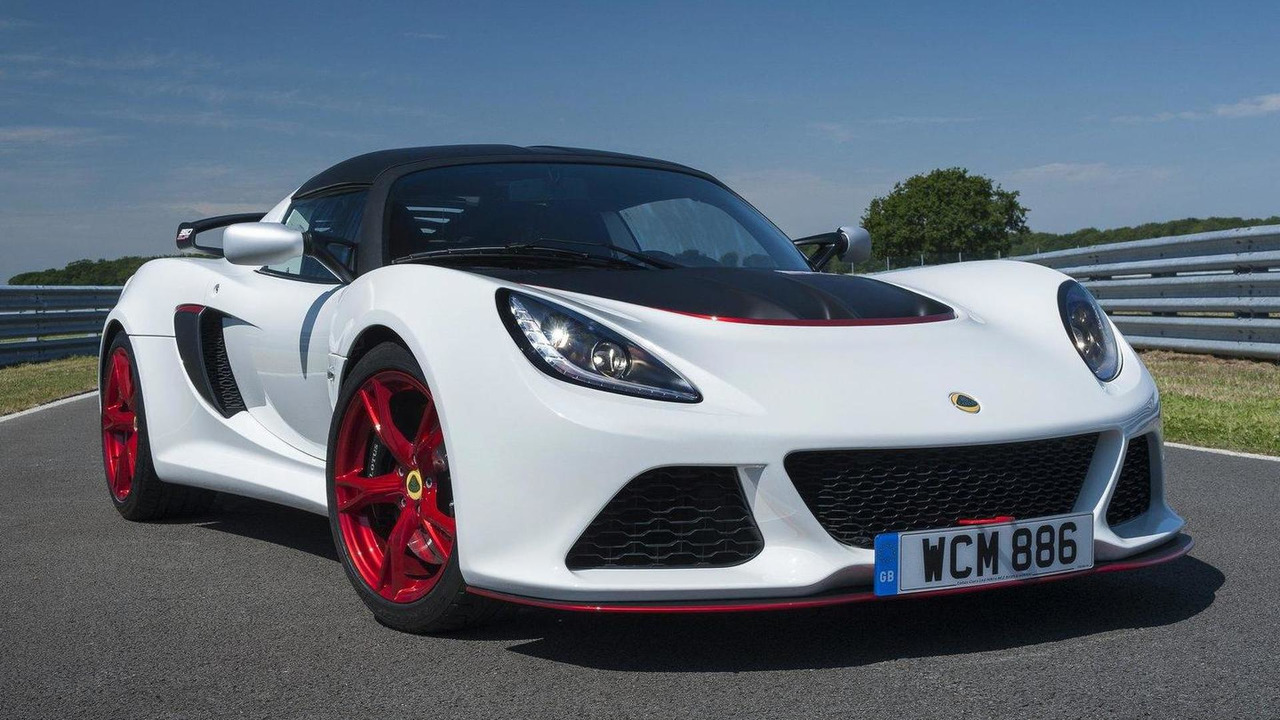 Interior changes are limited but the model has black SuedeTex seats sport seats, red contrast stitching and a polished aluminum gear knob.  Other highlights include an individually-number plaque and "Exige 360 Cup" embroidery on the seats and dashboard.

If that's no impressive enough options include an Alcantara interior, a fire extinguisher and an electrical cut-off switch.  Customers can also order air conditioning, a removable stereing wheel and FIA-approved carbon fiber seats.

Speaking of performance, the model also has an adjustable suspension, an electronic locking differential and dynamic setting with four different modes: drive, sport, race and off.  The car also has high-performance brakes and a launch control system.  Drivers looking to get the most out of the car can also order adjustable anti-roll bars and Öhlins race dampers.

According to Lotus CEO Jean-Marc Gales, “The V6 Cup was a favourite amongst many knowledgeable customers with its incredible track performance and distinctive design. I am excited about the introduction of the new 360 Cup which moves the game forward with striking new design features and performance upgrades that offer phenomenal ability on road and track.”