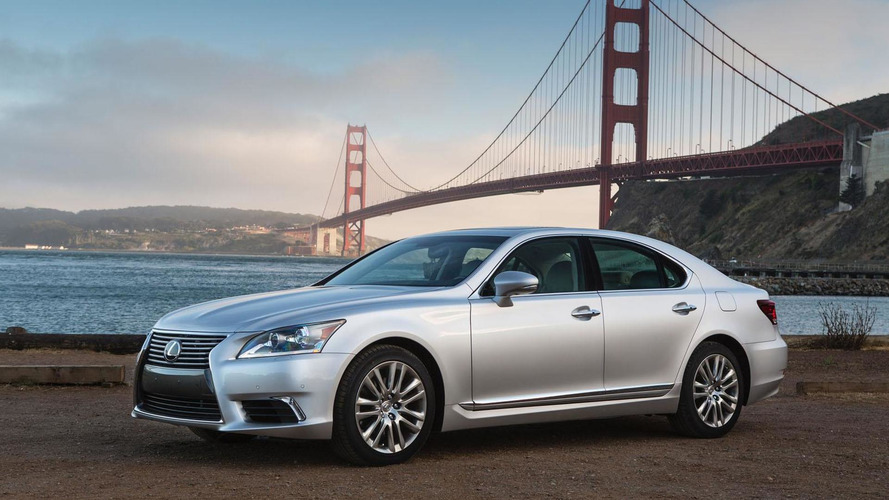 An all-new Lexus LS is expected to receive its world premiere towards the end of October at the 44th Tokyo Motor Show.

An all-new Lexus LS is expected to receive its world premiere towards the end of October at the 44th Tokyo Motor Show.

So far we haven't seen any spy shots with the new Lexus flagship sedan so it comes as a surprise that an official reveal is set for October 28 in Tokyo and it could actually show up online even earlier than that. Sources close to Toyota's luxury marque are indicating there's going to be a V8-powered version with 465 bhp (347 kW) while a punchier hybrid V8 derivative will allegedly have approximately 535 bhp (399 kW).

Rumors are indicating Lexus is also cooking up a fuel cell variant set for a 2017 launch and equipped with an adaptation of the Mirai's hardware with a bigger fuel cell system to match the model's larger size. It will reportedly be powered by a 220 kW electric motor and weigh 2,100 kg (4,630 lbs) while the two hydrogen tanks should provide enough energy for a 239 miles (384 km) range.

Other details about the new LS are scarce at the moment, but we do know Lexus European chief Alain Uyttenhoven said a while back the full-size luxury sedan will receive a "more emotional" design and is going to look significantly different than the other models. He also specified it won't get the liftback configuration of the Porsche Panamera and promised a more polarizing design worthy of a range-topping model.