2016 Lexus LX spied undisguised inside and out 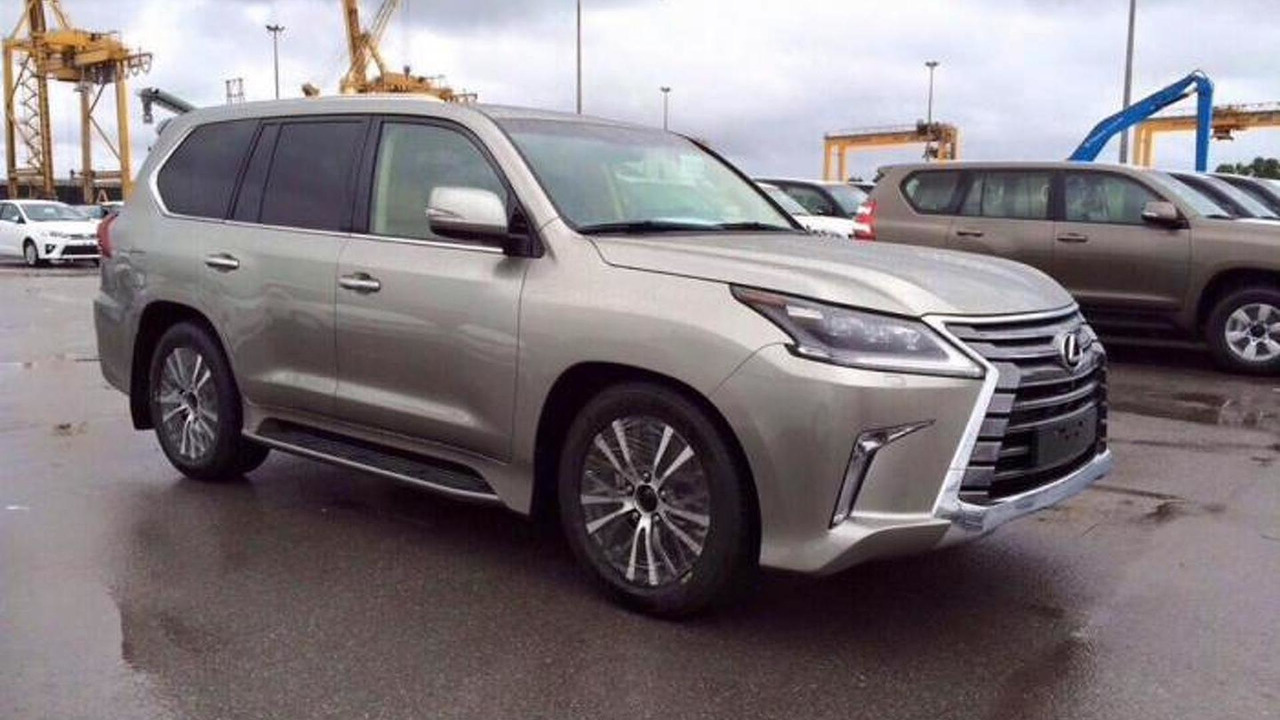 An undisguised 2016 Lexus LX 570 facelift has been spied up close both inside and out without any sort of disguise.

An undisguised 2016 Lexus LX 570 facelift has been spied up close both inside and out without any sort of disguise.

Starting with the front fascia, the revised LX gets a huge spindle grille and a significantly more aggressive front bumper with new fog lights and reshaped headlights which now extend a bit to the back. There's also a new set of alloys and tweaked mirrors while the side skirts have also gone through some minor revisions. In addition, the third side windows now have a modified shape while the rear end hosts brand new taillights with chrome detailing, along with a new rear bumper and a different roof-mounted spoiler.

Stepping inside the cabin, the changes are more extensive as the dashboard has been thoroughly revised and now comes with a much larger touchscreen display, an old school analog clock, three-spoke steering wheel, updated instrument cluster and reshaped air vents. This particular car appears to be a top-spec version with an optional rear-seat entertainment system packing dual tablet-like displays.

It's not known at this point whether the V8 5.7-liter engine has been revised but we can tell you the outgoing version is rated at 383 bhp (286 kW) and 403 lb-ft (546 Nm) of torque channeled to the wheels through a 6-speed automatic transmission working together with a 4WD system and a Torsen limited-slip differential.

On the tech side, it should get autonomous braking system featuring a radar and high-resolution camera to scan the road ahead. When an imminent collision is detected, the brakes are automatically applied and this system also works to lower the risks of crashing into a pedestrian.

An official reveal of the 2016 Lexus LX facelift should occur in the coming days.