7 Minutes Of Mercedes SLS AMG Getting Crushed Is Utterly Sad 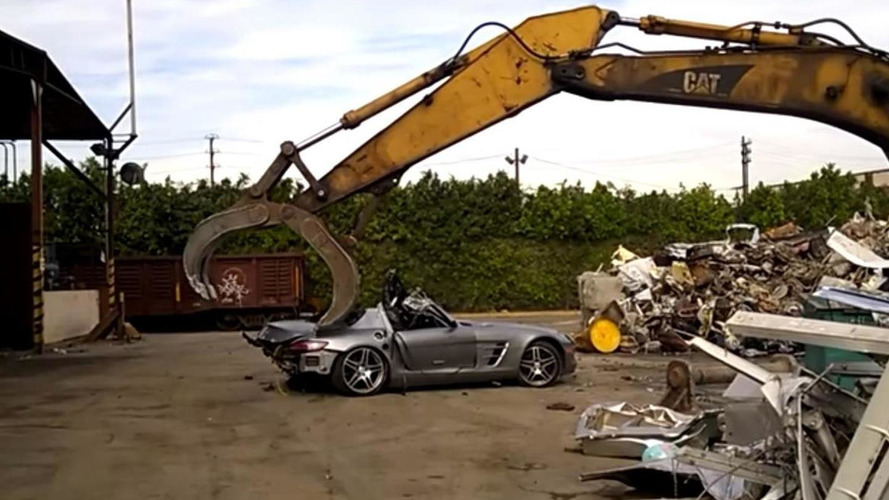 For reasons unknown right now, this helpless Mercedes-Benz SLS AMG ended up in the crusher.

For reasons unknown right now, this helpless Mercedes-Benz SLS AMG ended up in the crusher.

Gone but not forgotten, the SLS AMG is certainly one of the most desirable supercars to wear the three-pointed star and it’s sad to see that one of them is now nothing more than a pile of metal junk. This likely happened in United States judging by that massive truck behind while the car was probably a US-spec version due to its orange side lights. As a consequence, it’s unlikely the car was crushed due to an illegal import.

One possible explanation is the car suffered some extensive water damage, but even if this is true maybe some of the parts were still salvageable before the car was obliterated by the crusher.

It should be mentioned the attached video is from July 27, but we found the same one uploaded by another user back in January, so this did not happen recently.