Porsche Boxster facelift spied with the top down 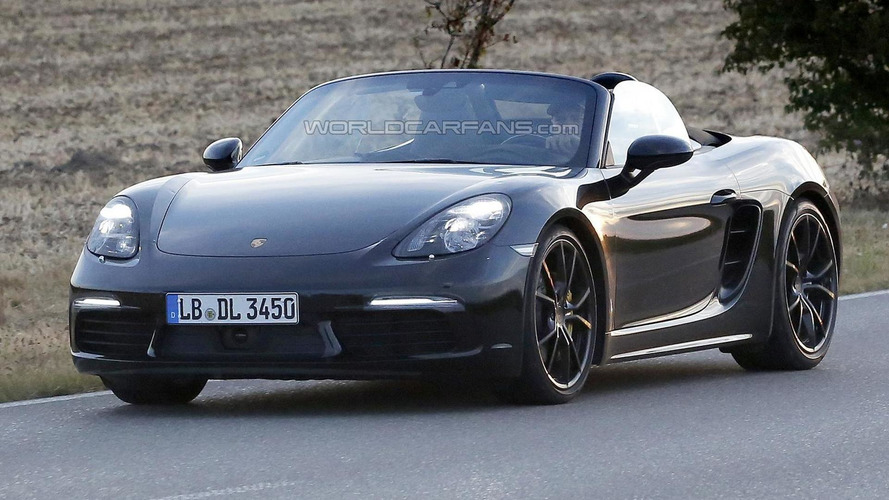 An almost undisguised prototype of the Porsche Boxster facelift has been spied testing on public roads.

An almost undisguised prototype of the Porsche Boxster facelift has been spied testing on public roads.

Taking into account the prototype was wearing disguise only on the headlight and taillight clusters, it means an official reveal is nearby so most likely the facelifted Boxster will debut next month at the Frankfurt Motor Show as opposed to earlier reports which indicated a Geneva reveal in March 2016. Porsche's entry-level model has been caught on camera to death, so there's no point in going all over the subtle design change.

While the styling revisions have been kept down to a minimum, the Boxster is about to get a brand new heart as the range is expected to kick off with a turbocharged 2.0-liter delivering 240 bhp (179 kW) followed by a 2.5-liter turbo offered in two states of tune: 300 bhp (224 kW) in the Boxster S and 370 bhp (276 kW) in the Boxster GTS.

If our assumption regarding the IAA debut is correct, don't be surprised if Porsche will reveal online the facelifted Boxster (and Cayman) before the end of this month.

Gallery: Porsche Boxster facelift spied with the top down