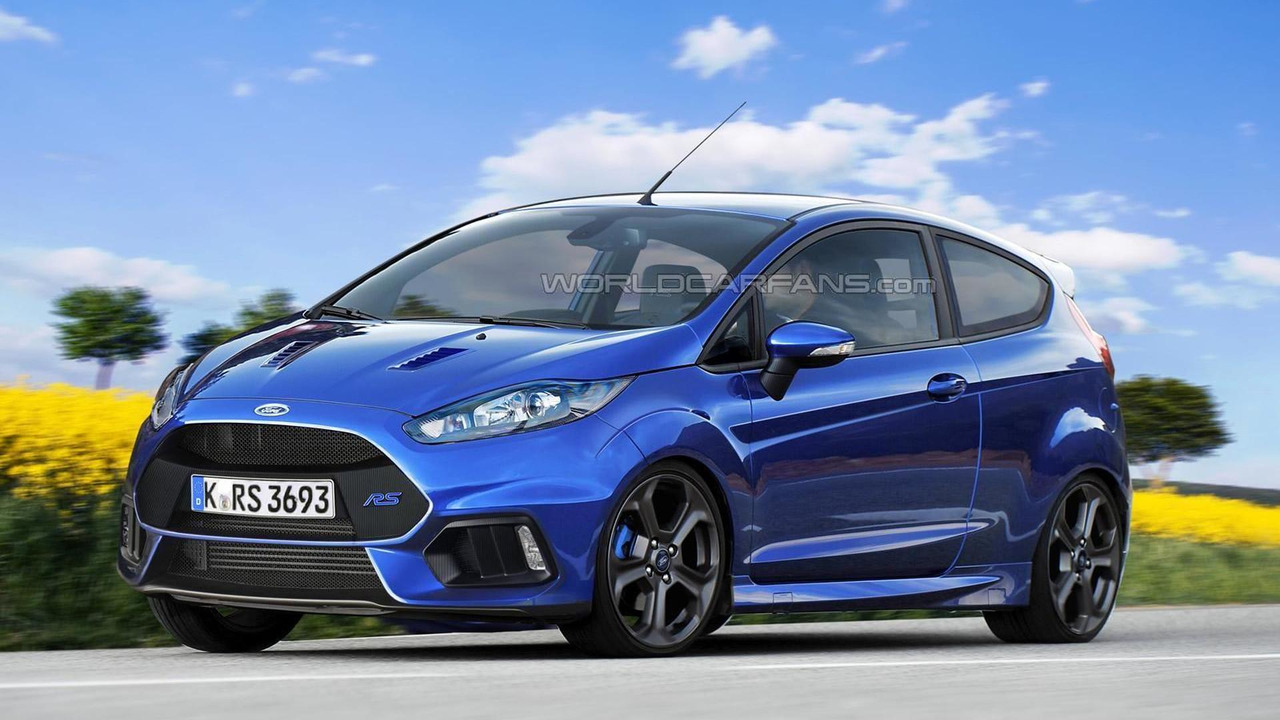 The Ford Fiesta supermini has been digitally imagined in a range-topping RS specification.

The Ford Fiesta supermini has been digitally imagined in a range-topping RS specification.

A new version of the Fiesta positioned above the ST has already been confirmed by the Blue Oval company at the beginning of the year and it could very well be an RS version now that Ford Performance is in charge of working on a plethora of spicy models. A rather mysterious test mule was spotted back in March by our spy photographers, with some saying that it's the RS version while others believed it was a test mule for the next generation.

We are inclined to believe that one was indeed a Fiesta RS in disguise which in production form could have a lot in common with the attached speculative render. It will be one of the 12 models coming before the end of the decade from Ford Performance and we already know it will be based on the current Fiesta chassis.

It will likely use an upgraded version of the four-cylinder, 1.6-liter EcoBoost turbocharged gasoline engine which in the US-spec Fiesta ST delivers 197 bhp (147 kW) and 214 lb-ft (290 Nm) of torque. A more aggressive body, rear wing, beefier brakes, larger wheels and some interior cabin tweaks are also in the works and obviously these upgrades will command a premium over the ST which in United States kicks off at $20,945 MSRP.