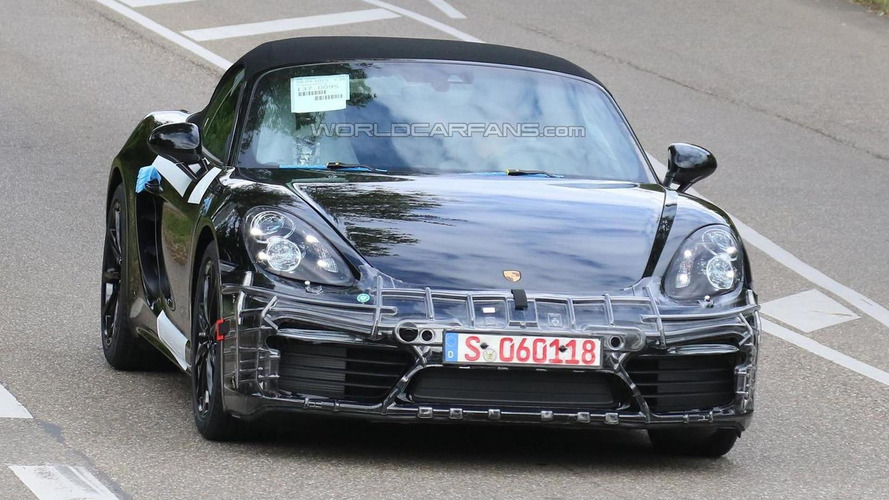 Our spy photographers have spotted the facelifted Porsche Boxster performing another round of testing.

Our spy photographers have spotted the facelifted Porsche Boxster performing another round of testing.

This is our best look at the upcoming mid-cycle refresh for Porsche's entry-level model which as you can see will get a series of light updates. There are some stickers on the lighting clusters to hide the new graphics while the front bumper has some weird-looking transparent plastic mask which we haven't seen before on any other prototype.

While the design will be a subtle evolution, there are some major changes going on in the engine bay as Porsche plans to kill the naturally aspirated engines and replace them with a new array of flat-four turbo units. The standard version of the Boxster will allegedly use a 2.0-liter with 240 bhp (179 kW) while the Boxster S is set to use a 2.5-liter pushing out 300 bhp (224 kW). As for the Boxster GTS, this will use an uprated version of the 2.5-liter motor developing as much as 370 bhp (276 kW).

Needless to say, the same array of cosmetic and mechanical tweaks will be implemented in the Boxster's fixed roof sibling, the Cayman. Both cars will be unveiled in the first half of next year, possibly at the Geneva Motor Show in March.