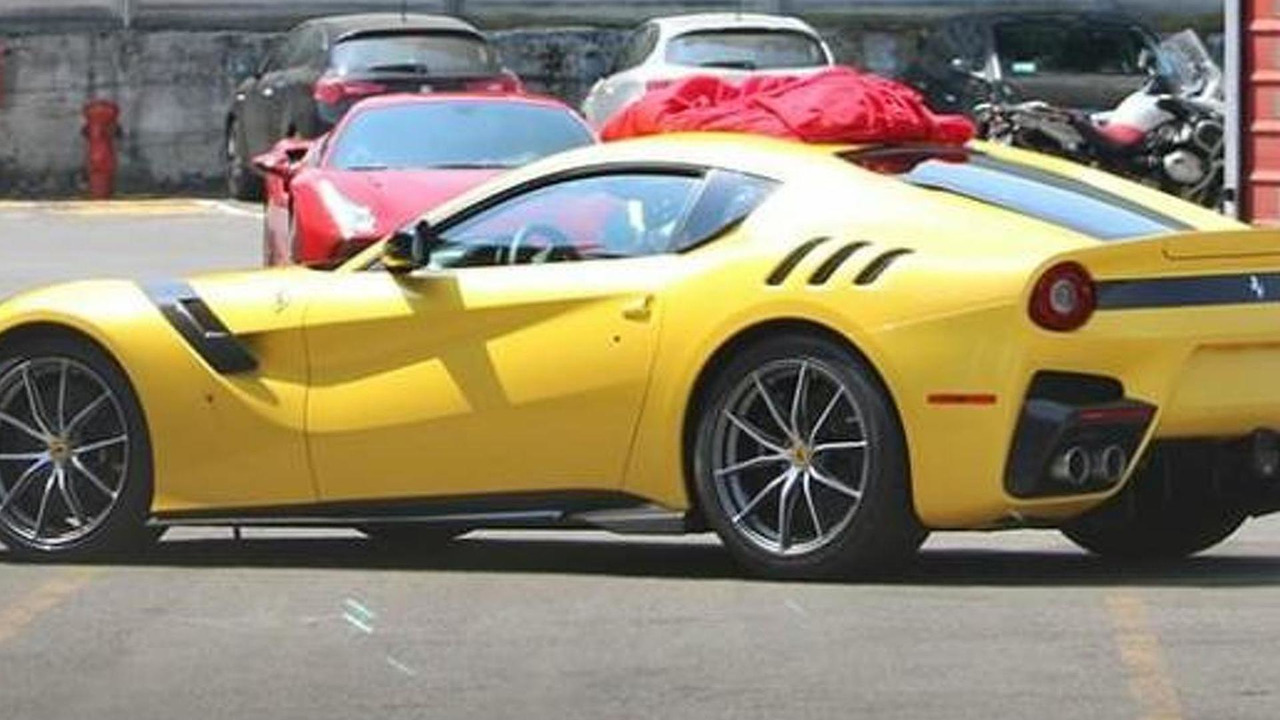 The Ferrari F12 Speciale / GTO has been caught on camera without any sort of disguise.

The Ferrari F12 Speciale / GTO has been caught on camera without any sort of disguise.

Judging by the fact there were several other Ferraris nearby, chances are this higher-performance yellow F12 was spotted at Ferrari's factory in Maranello ahead of a public debut scheduled for mid-September at the Frankfurt Motor Show. The car's design perfectly matches what we saw in those two renders which emerged online towards the end of June, so we are pretty sure this is indeed the beefier F12 Berlinetta expected to be called Speciale or GTO.

Likely a pre-production unit, it comes with carbon fiber applications on the front fenders and side skirts while the rear fenders have triple vents to cool down the upgraded V12 6.3-liter engine which is believed to get an extra 30 bhp (22 kW) for a grand total of 760 bhp (567 kW).

The back of the car hosts a new bumper which isn't what we'd call attractive, but maybe it looks better in higher resolution up-close shots. There's also a more prominent rear spoiler lip while the shape of the rear window is more linear now.

Aside from receiving a new look and more power, the beefier Ferrari F12 Berlinetta is expected to shave off as much as 200 kg (441 lbs), but honestly this seems overly optimistic at this point. Performances should be stellar as combining more power with less weight will enable a 0-62 mph (0-100 km/h) sprint in less than 3 seconds.

An online reveal could occur in the weeks to come ahead of a IAA debut this fall.