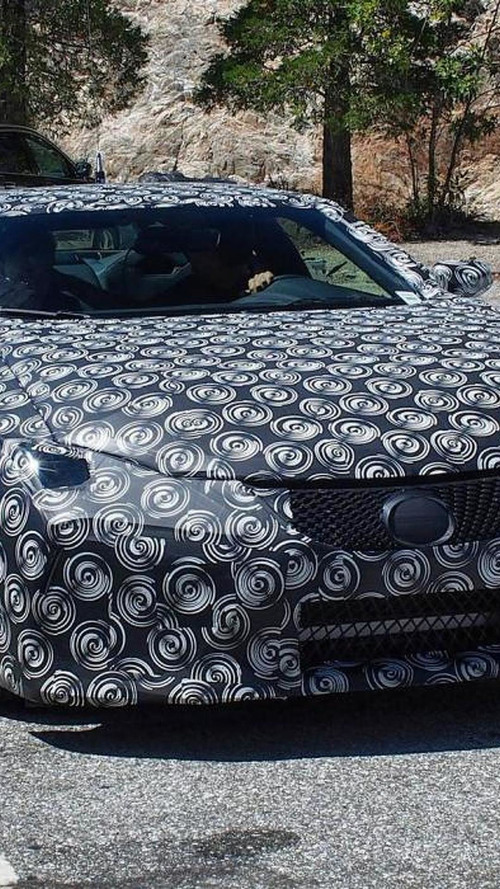 Another Lexus LF-LC prototype has been spied in California.

Caught wearing heavy camouflage, the car appears to feature a fairly conventional front fascia which bears little resemblance to the critically acclaimed concept.  We can also see a relatively low hood and a glimpse of the four-seat interior.  Previous spy photos have also shown the model will have a rakish windscreen, a dual exhaust system and boomerang-shaped taillights.

Specifications remain a mystery but previous reports have suggested the car will be based on the next-generation LS and be offered with a 5.0-liter V8 engine as well as a hybridized engine that produces approximately 500 bhp (372 kW).  There have also been rumors about a high-performance F variant with a twin-turbo V8 that develops more than 600 bhp (447 kW).