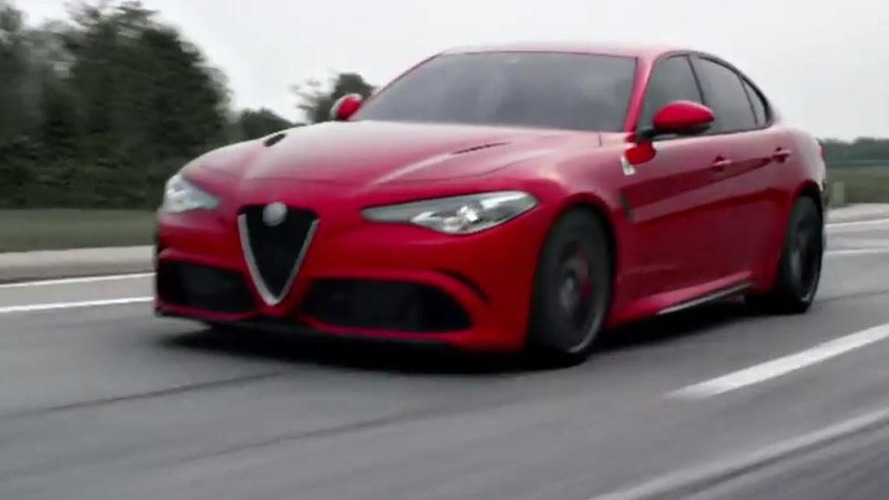 Alfa Romeo has released a new promotional clip with the Giulia Quadrifoglio Verde (QV), this time allowing us to hear the engine's powerful soundtrack.

Alfa Romeo has released a new promotional clip with the Giulia Quadrifoglio Verde (QV), this time allowing us to hear the engine's powerful and raspy soundtrack.

Alfa has been relatively quiet following the Giulia's unveiling last month, but now they are trying to make up for lost time by allowing us to hear the mighty 510 PS Ferrari-derived engine at full throttle. All that output is generated by a twin-turbo V6 2.9-liter engine which works as standard with a rear-wheel drive setup, but an optional all-wheel drive layout will be offered at an additional cost.

Developed to rival the M3, C63 and the RS4, this 200 mph QV version will boast a perfect 50:50 weight distribution and is going to tip the scales at around 1,500 kg (3,306 lbs) thanks to a lightweight construction mixing up aluminum with carbon fiber.

More details about the highly desirable sedan will be released in the weeks to come, ahead of a proper public debut set for mid-September at the Frankfurt Motor Show where Alfa will also bring the regular versions of the Giulia.