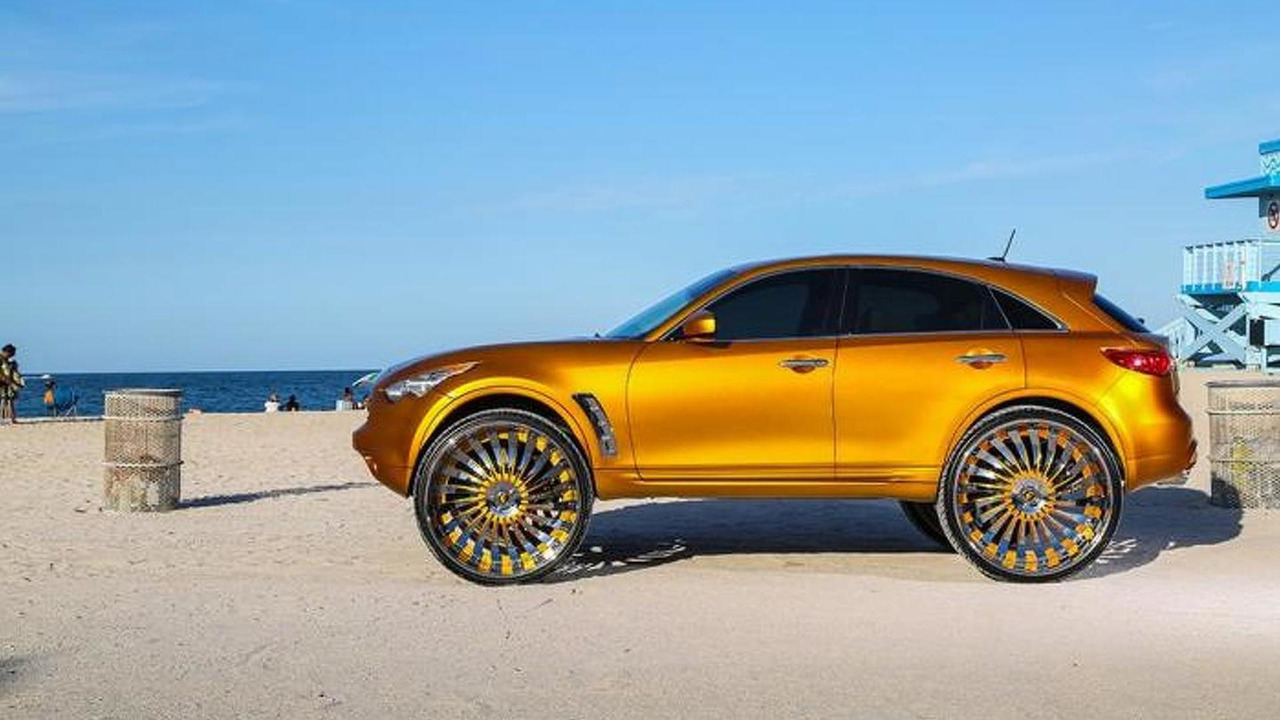 An Infiniti FX featuring a full body gold wrap has received a set of huge 32-inch wheels from Forgiato.

An Infiniti FX featuring a full body gold wrap has received a set of huge 32-inch wheels from Forgiato.

Forgiato is known for its rather flashy forged wheels and their latest product is no exception as the 32-inch Autonomo-L set part of the Luminoso series is far from being subtle. They admit finding tires for these massive wheels is quite tricky, but that hasn't stopped them from launching a 32-inch version to join the already available sets ranging in sizes from 16 to 30 inches.

It's not just the shiny wheel set that makes this Infiniti FX stand out as it has also received a gold body wrap and even the front badge benefits from the same treatment while the chrome treatment enhances flashiness even further. Forgiato isn't saying a word about how the car handles now, but obviously those 32-inch wheels have greatly affected the car's agility.