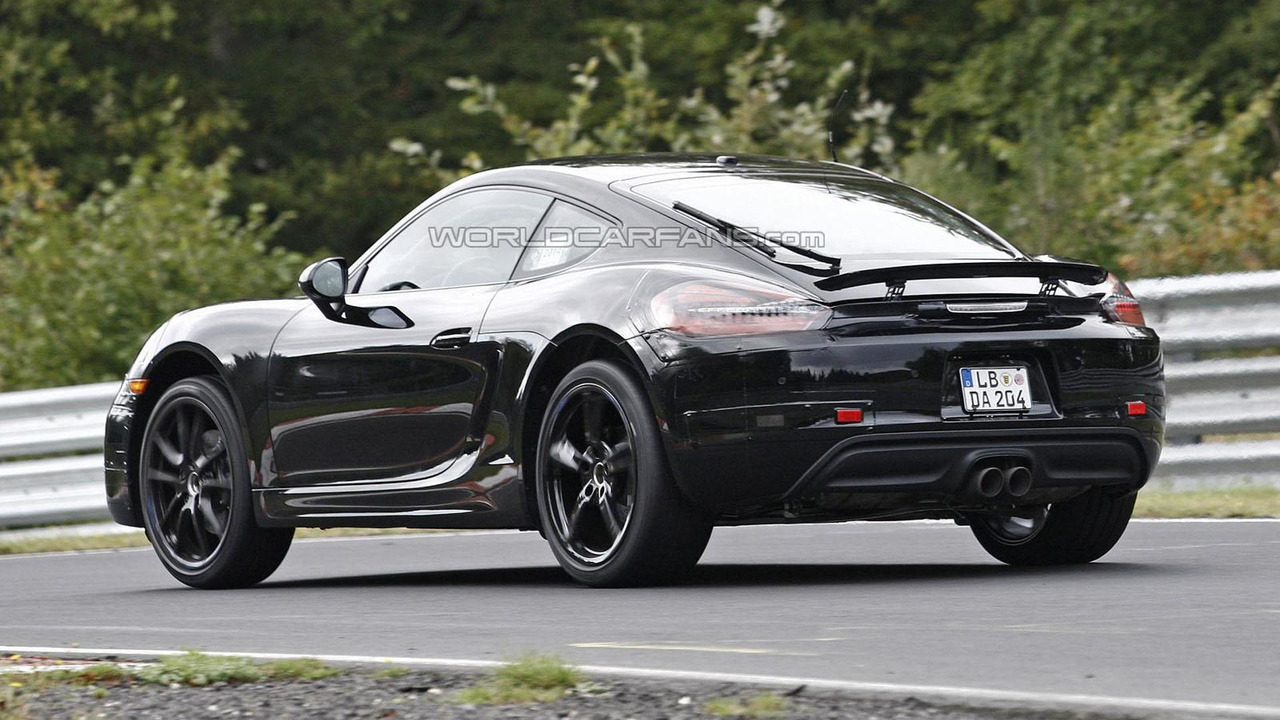 British media has managed to find out what will power next year's facelifted Porsche Boxster and Cayman duo.

British media has managed to find out what will power next year's facelifted Porsche Boxster and Cayman duo.

Porsche has already announced the mid-cycle revision for the Boxster and Cayman will bring a turbocharged four-cylinder engine and now CAR is providing additional details. The base versions of both models are bound to employ a flat-four 2.0-liter turbo with 240 bhp whereas the hotter S versions will use a 2.5-liter engine delivering 300 bhp. As for the Boxster GTS and Cayman GTS, these will have the same 2.5-liter flat-four turbocharged engine but tweaked to churn 370 bhp.

The newly developed flat-four engine is going to come with a single fixed-vane turbocharger, but later on the engineers from Stuttgart are going to implement e-turbo technology to boost power and eliminate turbo lag. The report goes on to specify the beefier Boxster Spyder and Cayman GT4 will live on with the larger 3.8-liter flat-six normally aspirated engine.

Interestingly, CAR mentions that in some markets Porsche plans on positioning the Cayman below the Boxster to increase sales and also broaden the model's awareness.