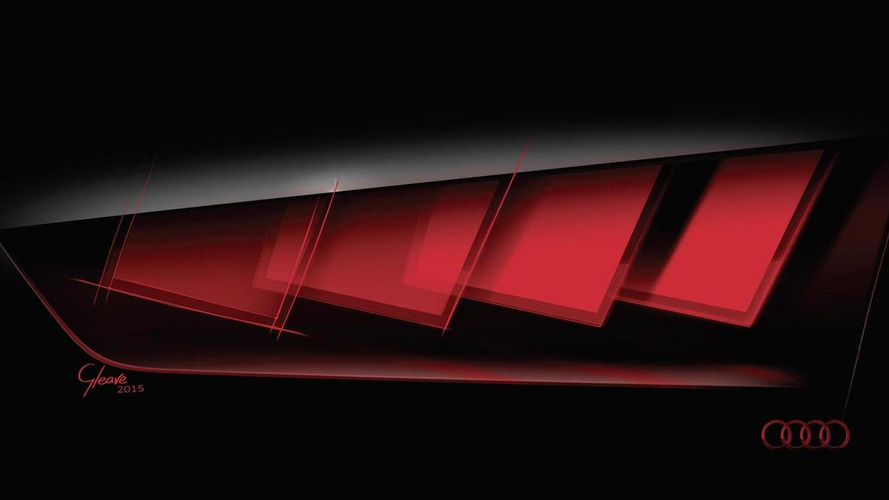 Audi has released a couple of teasers and preliminary details about their upcoming concept car set to be showcased at IAA in Frankfurt this September.

Audi has released a couple of teasers and preliminary details about their upcoming concept car set to be showcased at IAA in Frankfurt this September.

It seems the next step in automotive lighting technology is the implementation of organic light emitting diodes (OLEDs) and Audi wants to be at the forefront of this technology as they are already working on a production car set to have OLED taillights. Until then, a concept previewing the technology will be shown at Frankfurt Motor Show in mid-September and the Ingolstadt-based automaker promises it will provide "a previously unattainable level of lighting homogeneity."

Audi explains each OLED unit has two electrodes and at least one of them has to be transparent. These OLEDs have several thin layers of organic semiconductor materials and are activated by a low DC voltage (between 3-4 volts) which lights them up. The layers are less than one thousandth of a millimeter thick and their color depends on the molecular composition of the light source.

Unlike point light sources such as LEDs, these OLEDs are flat light sources which means their light is more homogeneous and the dimming is continuously variable. These lights don't cast any sort of shadows and do not necessitate any reflectors, light guides or other similar optical parts, thus making OLEDs not only lightweight but also more efficient and without requiring any cooling.

Audi says progress in OLED technology is being made at a fast pace and soon these diodes will be able to work as turn signals and brake lights. Arch rival BMW is also developing a similar technology which has already been previewed through the M4 Iconic Lights concept fitted with OLED taillights and an evolution of their laser headlights.

As a final note, the all-new A8 flagship model is believed to employ OLEDs but only for the screens inside the cabin. However, maybe the technology will evolve enough by 2017 to be fitted in the lighting clusters as well.