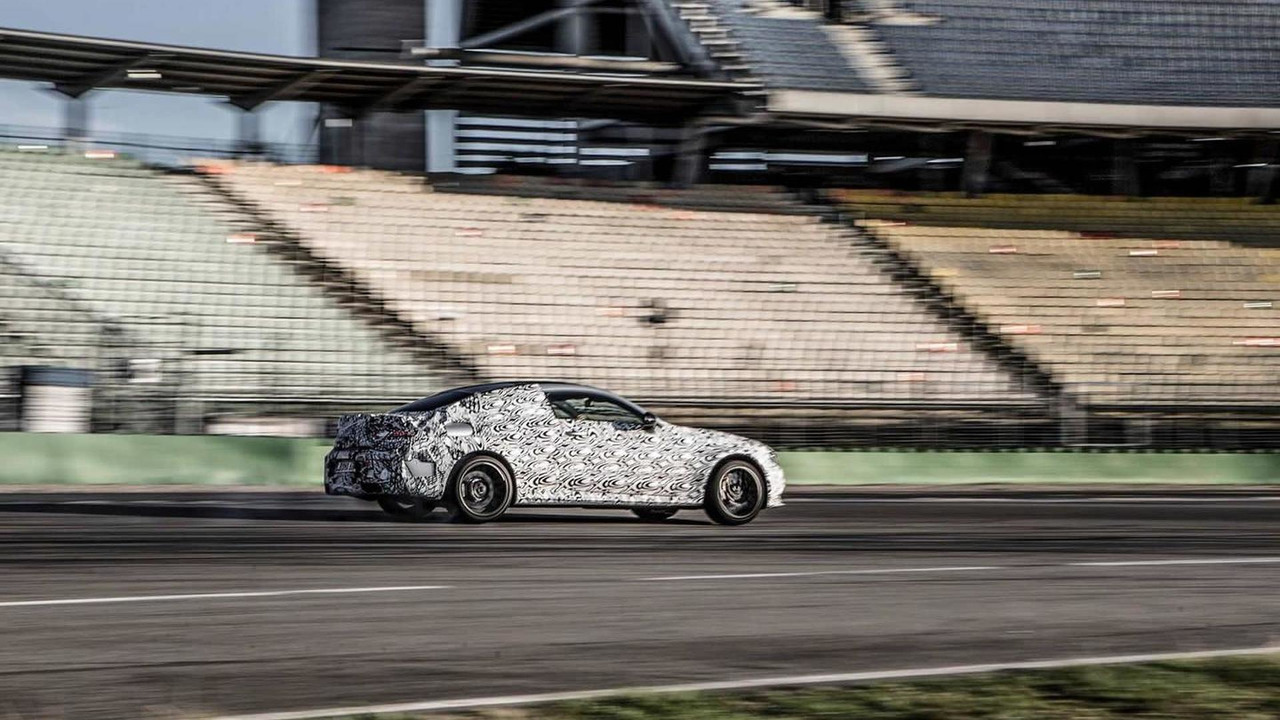 Scheduled to debut in 23 days, the new high-performance coupe from Daimler can be seen here in fresh teaser images showing a near-production prototype wrapped around in camouflage to hide the aggressive body with flared wheel arches and a sloped roofline as well as a prominent rear spoiler and a beefy quad exhaust setup.

Besides the obvious body style changes, the C63 Coupe will get 255/35 ZR19 front tires whereas the C63 Sedan has 245/35 R19 front rubbers. In addition, Mercedes has already said the new C-Class Coupe was developed with sportiness in mind which is why they focused more on performance rather than practicality so there will be less room for the rear passengers and in the trunk after the engineers made several hardware changes to lower the center of gravity. In addition, there will be a retuned suspension, revised steering while those inside the cabin will sit almost 1 inch lower (2.5 cm) to enhance the coupe's sportiness feel.

Following its online reveal on August 19, a public debut is scheduled to occur in September at the Frankfurt Motor Show where the three-pointed star company will exhibit the entire C-Class Coupe family.