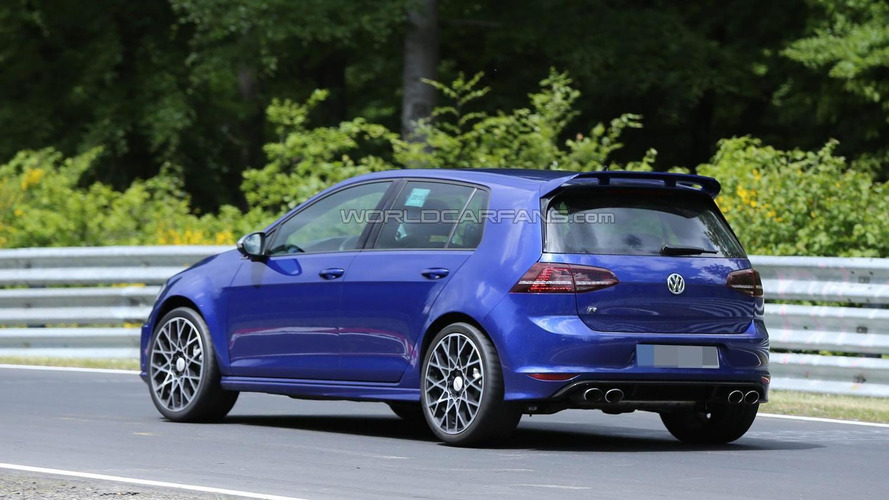 French media has managed to obtain some juicy details about the Volkswagen Golf R400 production version.

French media has managed to obtain some juicy details about the Volkswagen Golf R400 production version.

Volkswagen has already confirmed the Golf R400 concept will reach the assembly line and now it seems it will be based on the facelifted Golf VII which is due around 2017. Only a handful of cars will ever be made as French website L'Automobile Sportive says production will be very limited and with a price to match. As a matter of fact, the magazine says it will actually be more expensive than the Audi RS3 Sportback which in Germany starts at €52,700.

The production car could receive the "R420" moniker as it is believed the concept's 400 PS (294 kW) output will be bumped to a mighty 420 PS (309 kW). We don't know for sure whether it's getting an uprated version of the 4-cylinder, 2.0-liter TFSI or the RS3's larger 5-cylinder, 2.5-liter motor. Regardless of the engine's identity it will send its power to a 4MOTION all-wheel drive system through an unknown gearbox as Volkswagen said the concept's six-speed DSG isn't able to handle 450 Nm (332 lb-ft) of torque.

If the higher output turns out to be true, expect the production version's performances to eclipse those of the concept which needed a mere 3.9 seconds until 62 mph (100 km/h) before topping out at an electronically-restricted 174 mph (280 km/h).