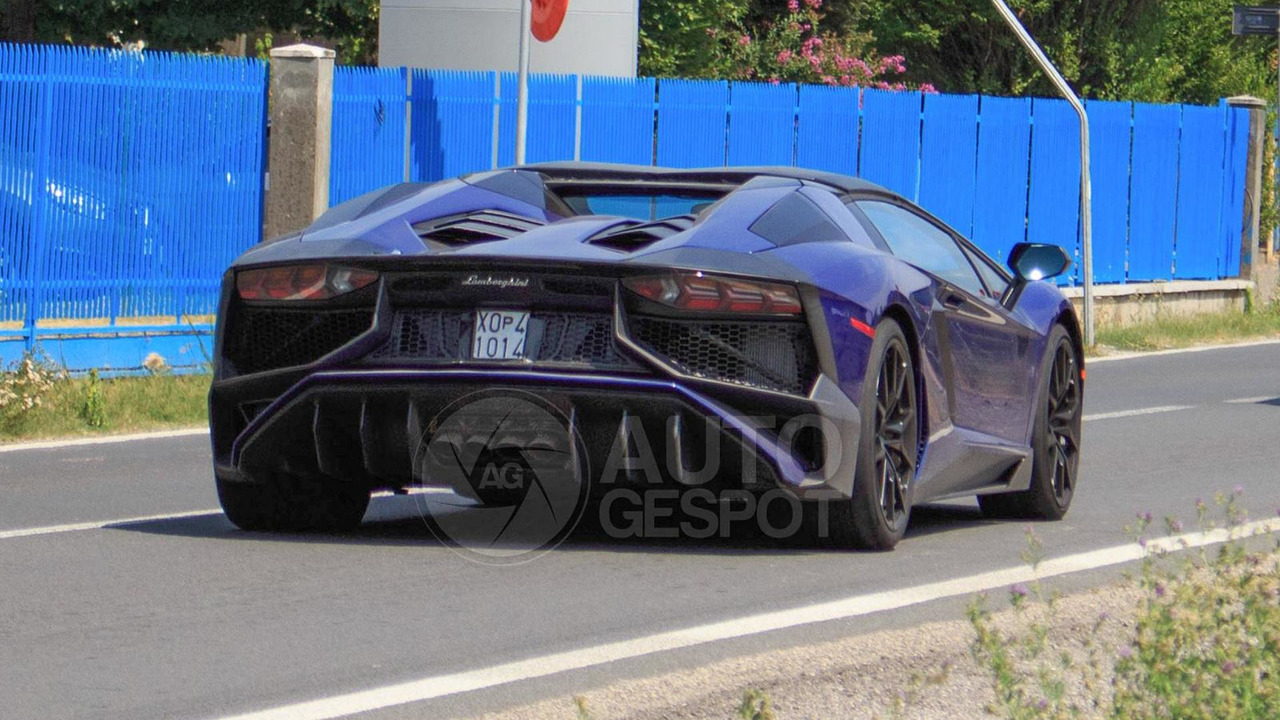 An undisguised prototype of the Lamborghini Aventador Superveloce Roadster has been spotted testing at home in Sant'Agata Bolognese.

An undisguised prototype of the Lamborghini Aventador Superveloce Roadster has been spotted testing at home in Sant'Agata Bolognese.

You probably know those renders which emerged online a couple of weeks ago were not from Lamborghini as those turned out to be just some speculative digital interpretations from automotive and fashion photographer Jordan Shiraki. Now, the real deal has been spotted in the metal and as you can see it doesn't seem to have any disguise on it, meaning that an official reveal is right around the corner.

The main difference is at the top of the car where the Roadster now has a removable carbon roof which is believed to weigh only 13 lbs (5.8 kg). Compared to the coupe, the open-top variant is 110 lbs (49.8 kg) heavier, but reports are indicating its performances will be identical. It will carry over the V12 6.5-liter naturally aspirated engine with 750 PS (552 kW) and 690 Nm (507 lb-ft) sent to an all-wheel drive system through a 7-speed ISR gearbox.

The Aventador SV Coupe was limited to 600 units and we expect the Roadster to be just as exclusive, if not even more. It will obviously command a premium over its fixed roof sibling that was priced at €327,190 in Europe and $493,069 in United States. Despite the exorbitant price tag, Lamborghini had no problems selling all cars in less than three months after its reveal and we are sure it will be the same story with the Roadster.

A public debut is likely scheduled in September at the Frankfurt Motor Show, but an online reveal is likely programmed for late August or even sooner.