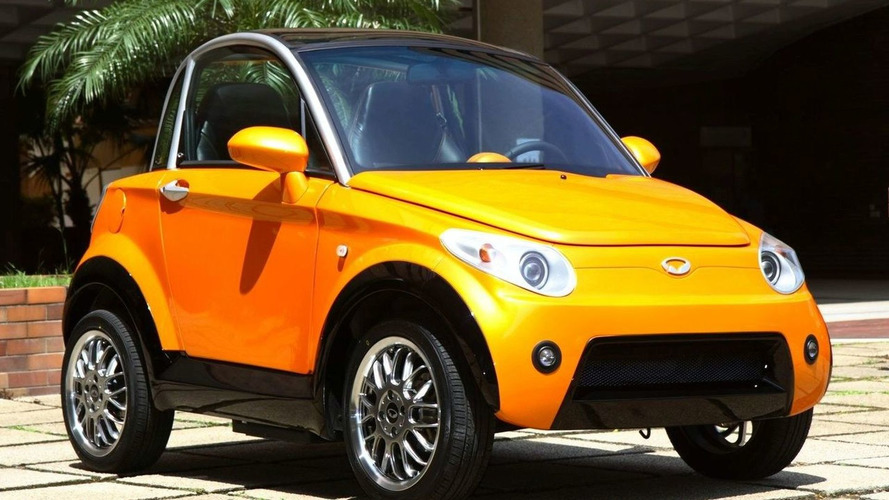 Starting from £8,995, MyCar is designed by Giugiaro of Italdesign, built in Hong Kong and comes with a two-year warranty.

Set to make its public debut tomorrow at the British Motor Show in London, NICE's all-electric city car named, MyCar, will be on sale this Autumn in the UK. Starting from £8,995, MyCar is designed by Giugiaro of Italdesign, built in Hong Kong and comes with a two-year warranty.

With technical details to be released tomorrow with its official unveiling, NICE does state the running costs are very low, roughly one fifteenth compared to a conventional petrol or diesel model. Depending on electricity tariff used to charge the vehicle, owners will pay around 2p per mile.

MyCar is road tax free, congestion charge exempt and parking concessions are available in many London boroughs and in other parts of the UK.

MyCar has a range of around 40 miles in normal city driving, easily sufficient for the majority of urban motoring. Top speed is 40 mph with re-charge time between six and eight hours.

MyCar is available in seven colours in addition to some interesting options such as a glass roof or removable fiberglass version, leather interior, cooled seats and boot rack. But the most interesting is a forward-folding passenger seat complete with laptop dock.