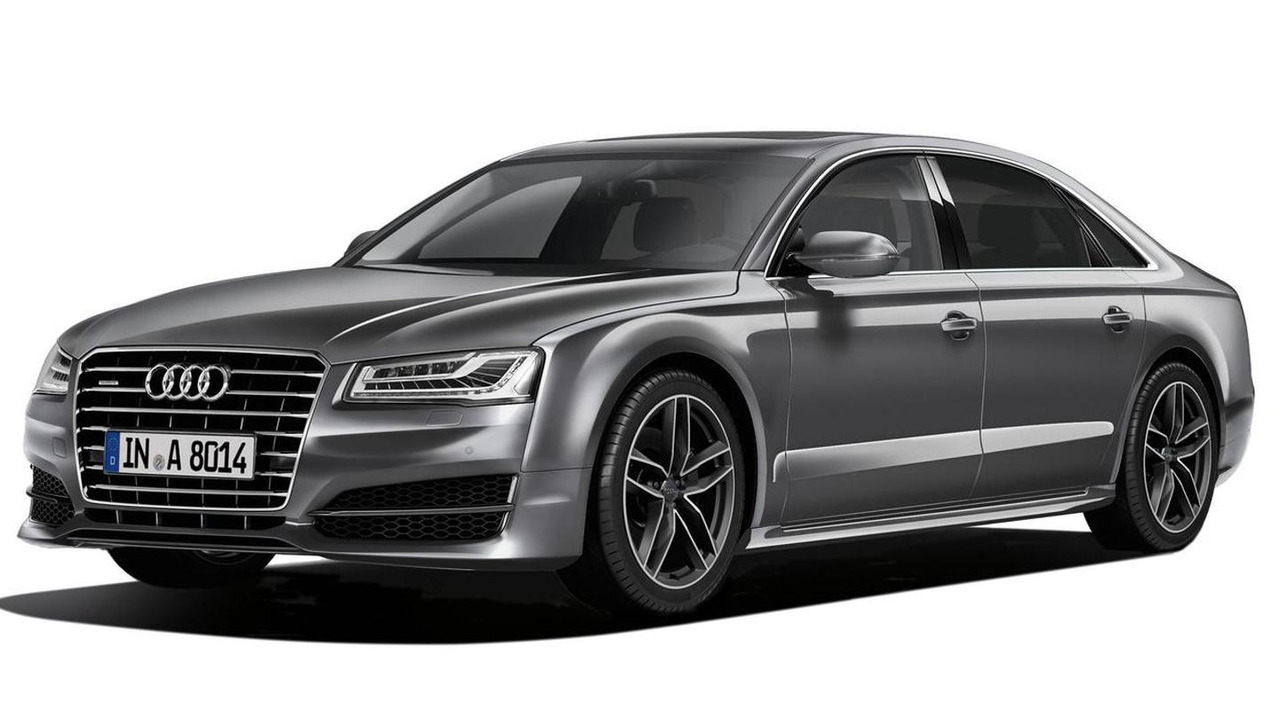 Audi is introducing a limited-run A8 Edition 21 model in UK to celebrate 21 years since the first generation was launched.

Audi is introducing a limited-run A8 Edition 21 model in UK to celebrate 21 years since the first generation was launched.

The original A8 came out back in 1994 and now Audi has decided to celebrate its flagship model by offering a special edition in both standard and long wheelbase guises packed with all the bells and whistles. It's based on the SE Executive trim and adds a more posh cabin pampered by Audi Exclusive with two color combinations available: cognac brown with black stitching or black leather with red stitching.

The list of equipment includes comfort front sports seats with 22-way adjustability and memory function as well as built-in pneumatic lumbar and side bolster support. There's also a black cloth headlining and a three-spoke steering wheel while the illuminated door sill plates come with the "Edition 21" logo.

All cars benefit from HDD-based sat-nav and a BOSE surround sound system together with the goodies you usually get with the SE Executive models such as a reversing camera and the electrically-operated trunk lid with hands free opening and powered door closure.

On the outside it wears a Sport Styling package which makes it look more like the S8 thanks to the redesigned front and rear bumpers and prominent side sills. It rides on 20-inch double-spoke alloys which have a titanium look and also comes with privacy glass and matrix LED headlights combined with full LED taillights that both have dynamic turn signals. There are four exterior body paints to choose from, including this Daytona grey pearl effect hue which up until now was only offered on the hotter S8.

It's already available on order, with prices for the SWB version kicking off at £72,525 OTR whereas the LWB model costs £76,490 OTR. Audi says customer deliveries are programmed to start in November.