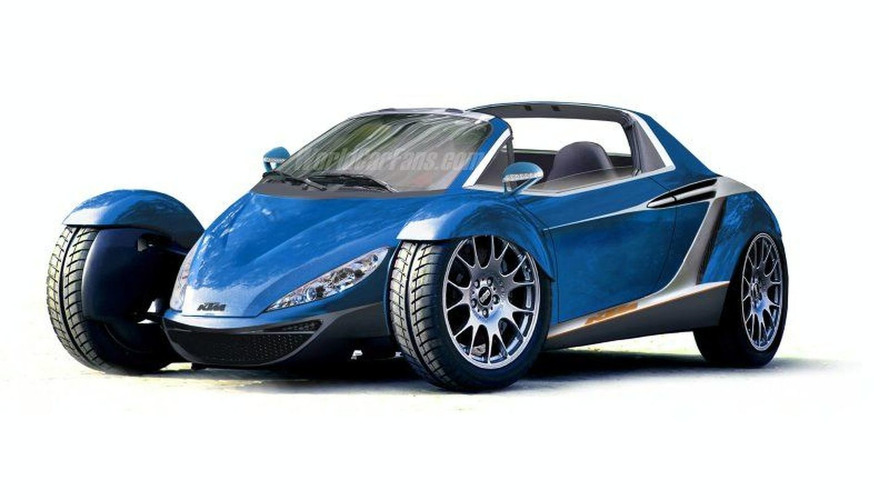 Austrian motorcycle manufacturer KTM is planning to built their first real car after they made very good experiences with entering the market for Quads a couple of years back.

From two wheels to four

Austrian motorcycle manufacturer KTM is planning to built their first real car after they made very good experiences with entering the market for Quads a couple of years back. The company is very serious about manufacturing the car in Austria, as KTM boss Stefan Pierer said the nation-wide newspaper “Standard”. According to Pierer, production lines could be built up at the company’s headquarter in Mattighofen or alternatively in Graz – the latter is a clear hint to the preferred production-partner of KTM: Magna Steyr.

Partner for the development of the sportscar project in the style of a Lotus Super Seven is the Italian Formula-sport specialist Dallara, which is also responsible for prototype building and testing. Another famous partner – Volkswagen – will deliver the complete drivetrain including a 250-bhp four-cylinder petrol engine. The design comes from Austrian company Kiska which has yet been responsible for various KTM motorcycles. Our illustration gives an impression of how the new car could look like when it hits the roads next summer.

Pierer said nothing about a dealer network or alternative distribution system but it’s obvious that Volkswagen will be responsible for service and warranty. KTM hopes to be able to sell around 1000 of its ultra lightweight, topless two-seaters per year. When the car will be presented at the 2007 Geneva show, it’ll wear a 35 000 Euro price tag.