Audi RS4 Avant to be joined by Sedan right away 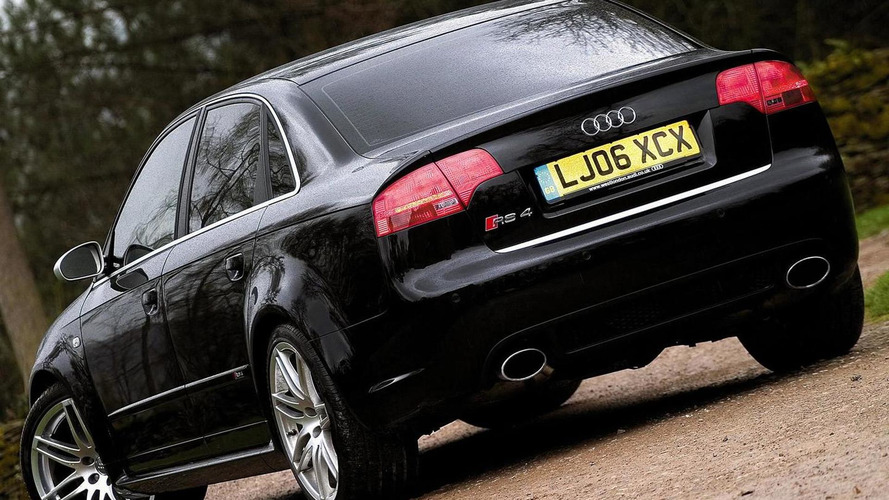 Audi has announced they plan on selling the upcoming RS4 in both Sedan and Avant body styles.

Audi has announced they plan on selling the upcoming RS4 in both Sedan and Avant body styles.

Good news for those who are not too fond of wagons as Audi has decided to launch the range-topping RS4 as a sedan as well, driven by an increasing demand in markets such as United States and China. It will be available from day one together with the Avant and will likely go on sale in the second half of 2016. We are making this assumption regarding its launch date based on a statement made by Quattro GmbH boss Heinz Hollerweger who said the RS4 will be out "relatively early in the production cycle."

Yesterday we found out from Audi's Technical Development boss Ulrich Hackenberg the new RS4 will lose the V8 4.2-liter naturally aspirated engine to make room for a new V6 3.0-liter turbocharged engine featuring e-turbo technology. He didn't specify an exact power figure but did say it won't be as strong as the 510 PS Mercedes-AMG C63 since "that car has eight cylinders."

Nevertheless, the new RS4 should prove to be a lot quicker than its 450 PS predecessor taking into account it will pack more punch in a lighter body. As a consequence, expect the 0-62 mph (0-100 km/h) to take significantly less than the 4.7 seconds needed by its predecessor and top speed will once again be electronically-limited to 155 mph (250 km/h), but customers will probably have the possibility of paying more to bump up that limiter to 174 mph (280 km/h) or even more.

Until the RS4's arrival, Audi is putting the finishing touches on the S4 due in September at the Frankfurt Motor Show with a turbocharged V6 with more than 355 PS.