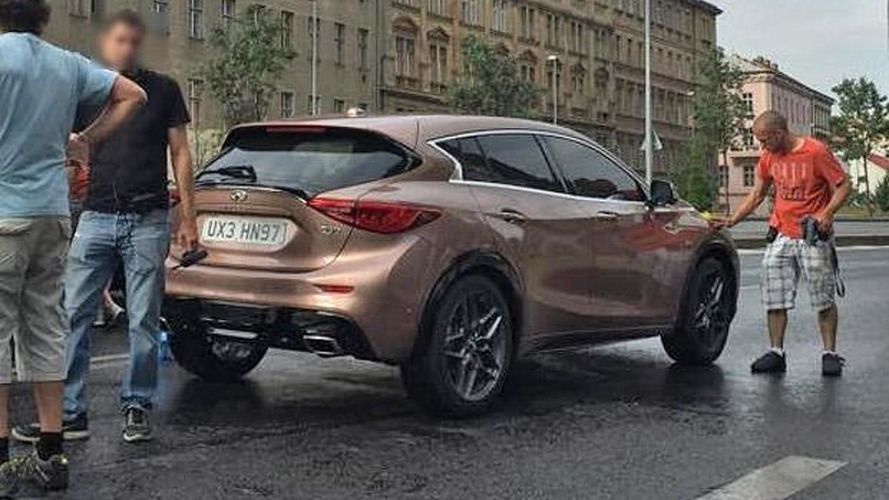 The production Infiniti Q30 has returned in a new spy photo, taken on the streets of Prague

The production Infiniti Q30 has returned in a new spy photo, taken on the streets of Prague.

It was only two days ago when we saw the premium hatch through an official image and now we have the chance to take a look at the rear end of the vehicle. It features the same muscular style as the front, combined with twin-pipe exhaust system and sporty diffuser.

The Japanese company already confirmed the official premiere of the vehicle will be held during the 2015 IAA in Frankfurt this September. Reports suggest the model will be available with a 2.0-liter turbo petrol engine and with two diesel units – a base 1.5-liter and a bigger 2.2-liter.

The Q30 will be based on the Mercedes-Benz-sourced MFA platform that will also underpin the QX30 crossover. Both they will be produced at Nissan’s Sunderland factory.